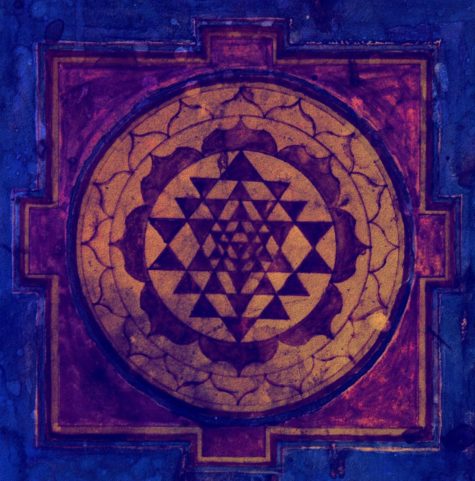 The yantra image in this post can be enlarged (click on it) copied, and printed, and then used for this meditation. More yantra mandala images can be found at Mandala Madness. 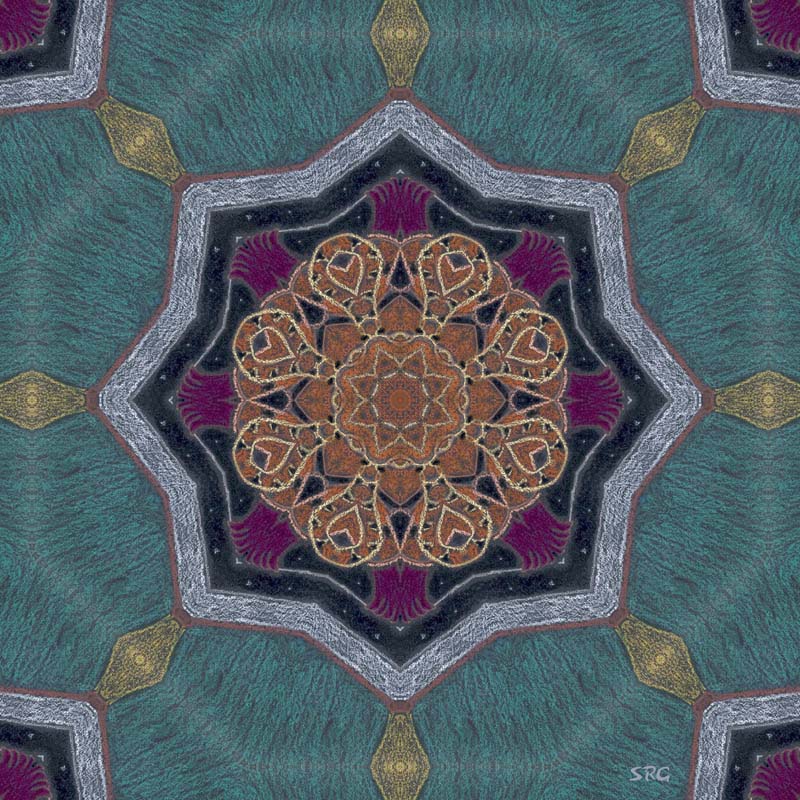 To begin your meditation select a quiet time and sit with a straight back on a cushion on the floor in front of a low table, with a lighted candle and incense if you desire.

Alternately, sit in a chair and place your candle and incense on a regular table. Either way, have your mandala in front of you at eye level – on the table or behind it on the wall.

Fold your hands in your lap or place them palms up on your thighs. Begin with a prayer and then set your intention of using this time of meditation and contemplation to move into a place of spiritual centeredness.

Next, for the reflective portion of your meditation just sit quietly, eyes open, gazing at the mandala. If you find your eyes wandering gently bring them back to the mandala. If you find your eyes watering, or feeling heavy, allow them to close while keeping a mental image of the mandala in your mind. If your thoughts wander, gently bring them back. Maintain this quiet time for about 10 or 15 minutes. Allow yourself to enjoy the experience.

Now, close your eyes. If your eyes are already closed, open them and look at the mandala once again, and then close your eyes. Conclude your meditation with thoughts, affirmations or prayers for personal and world peace.

Meditating regularly over a period of time brings spiritual discipline, and produces ever longer stretches of centeredness and peace.