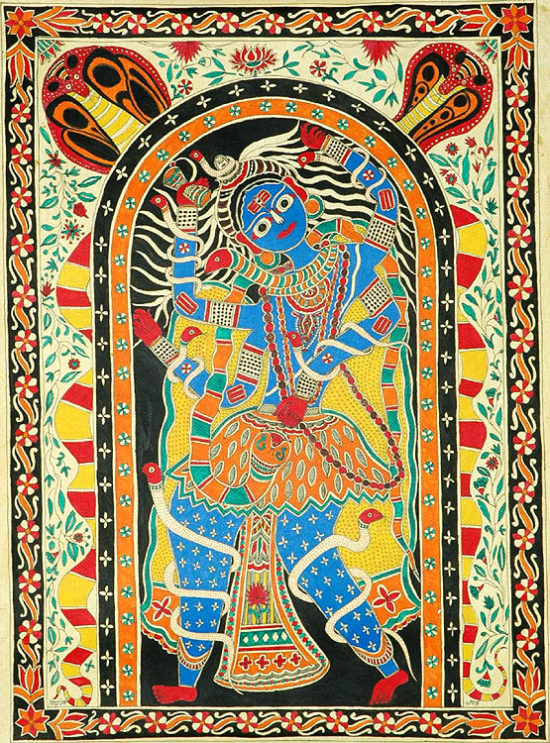 To give tangible shape to the idea of Shiva is not easy. He is after all, Maheshvara, the greatest embodiment of godhead, the cosmic spirit. Most people prefer to worship a symbol, one that fills the mind with awe and gives shape in the unconscious to the fabulous idea behind the image.

Shiva’s symbol, the linga, is perhaps the simplest conceivable. According to the Matsya Purana, Shiva’s linga is the divine phallus, the source of the soul-seed which contains within it, the essence of the entire cosmos.

The linga itself is an ordinary stone that rises from the fertile earth, reaching out to touch the radiant sky. The serpent represents the coiled energy of Kundalini, the power that enables seeds to germinate and animals to conceive. The serpent is also said to be Ananta Sesha, the great serpent of eternity, on whose coils rests the universe.

In this image, Shiva dances inside his Linga. More authentic Indian Art can be found at Exotic India. 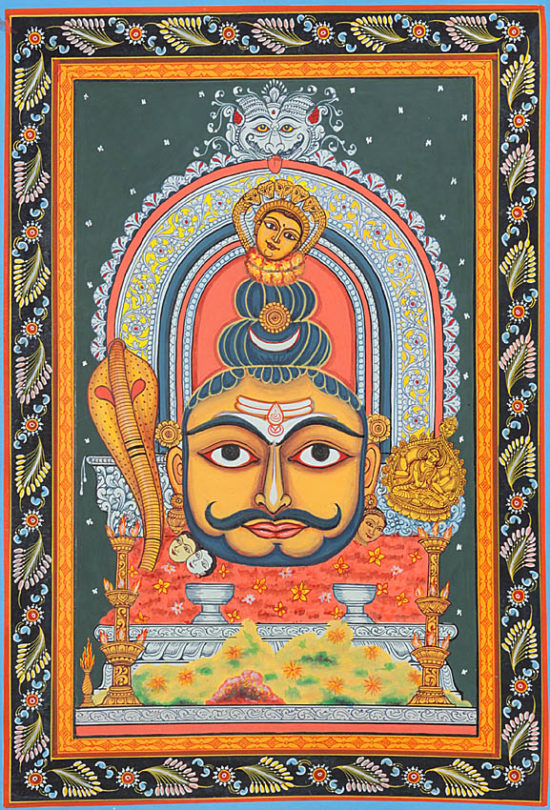 It is said that chanting of Maha Mrityunjaya Mantra(Shiva Mantra) generates divine vibrations that ward off all the negative and evil forces and creates a powerful protective shield protecting the one who chants against accidents and misfortunes of every kind. Recitation of the mantra creates vibration that pulsates through every cell, every molecule of human body and tears away the veil of ignorance.

This mantra ignites a fire within that consumes all negativity and purifies entire system. It is also said to have a strong healing power and can cure diseases declared incurable even by the doctors. Many believe Maha Mrityunjay Mantra to be a mantra that can conquer death and connect human beings to their own inner divinity.

Om. We worship The Three-Eyed Lord Shiva who is fragrant and who increasingly nourishes the devotees. Worshipping him may we be liberated from death for the sake of immortality just as the ripe cucumber easily separates itself from the binding stalk.

The mantra is a prayer to Lord Shiva who is addressed as Sankara and Trayambaka. Sankara is sana (blessings) and Kara (the Giver). Trayambaka is the three eyed one (where the third eye signifies the giver of knowledge, which destroys ignorance and releases us from the cycle of death and rebirth). 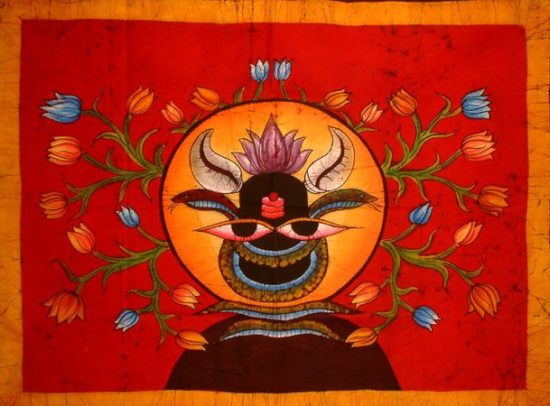 These beautiful batik mandala paintings depict the Shiva Linga encompassed by the Lotus Flower. The Linga is representative of the “divine phallus” and fertility. The Lotus symbolizes … and the serpent represents the the power that enables seeds to germinate and animals to conceive. More batik paintings can be found at Exotic India. 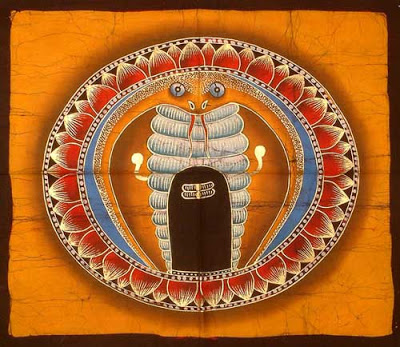 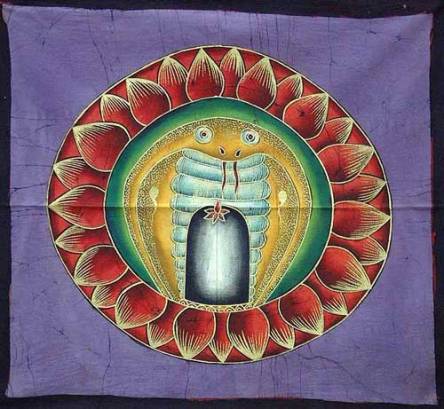 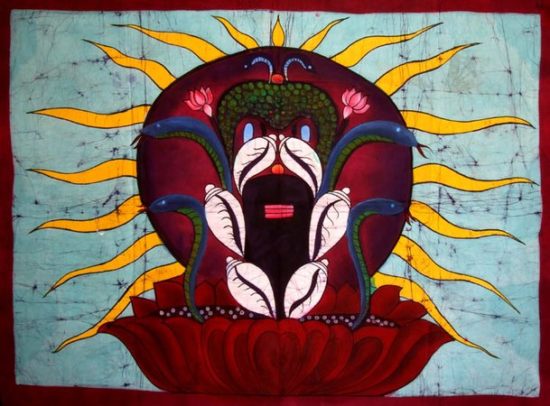 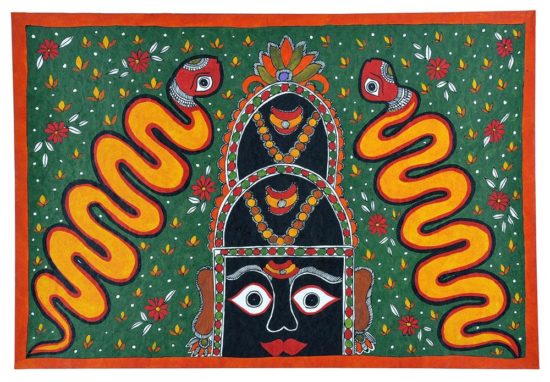 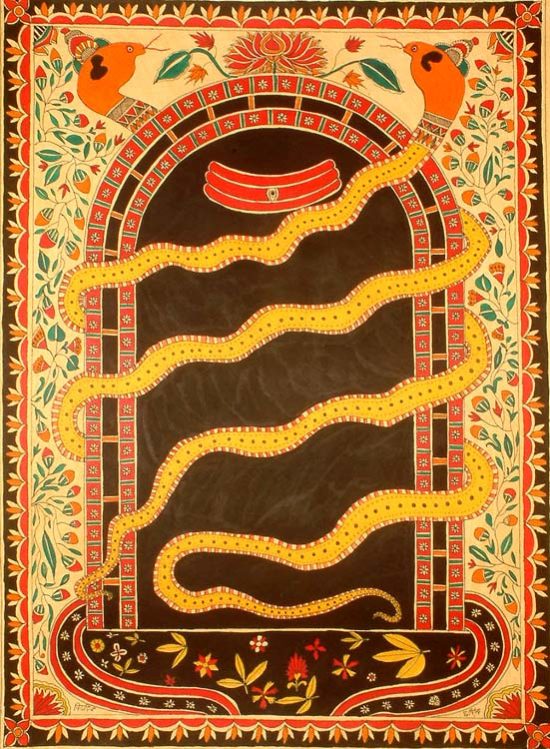