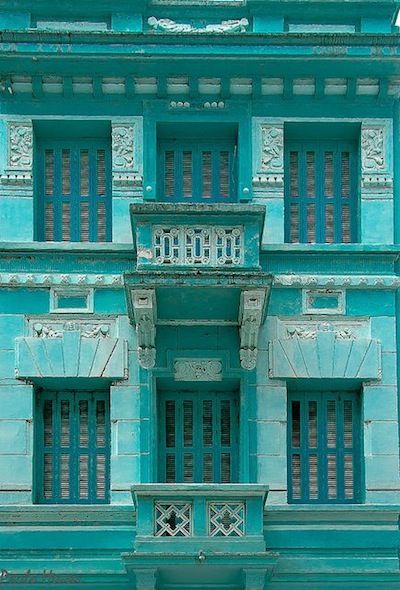 Turquoise is a stone and color that is strongly associated with the domes and interiors of large mosques in Iran, Central Asia and Russia. Turquoise is a blend of green and blue. It is so named because the Turks were fond of the color and decorated many of their buildings with turquoise ceramic glazed tiles.

Traditionally, the guiding formative motif of Iranian architecture has been its cosmic symbolism “by which man is brought into communication and participation with the powers of heaven”. This theme has not only given unity and continuity to the architecture of Persia, but has been a primary source of its emotional character as well.

Iran (previously known in the West as Persia) has remained an important source of turquoise for at least 2,000 years. It was initially named by Iranians “pirouzeh” meaning “victory”, and later the Arabs called it “firouzeh”. In Iranian architecture, the blue turquoise was used to cover the domes of palaces because its intense blue color was also a symbol of heaven on earth.

Here are some beautiful examples: 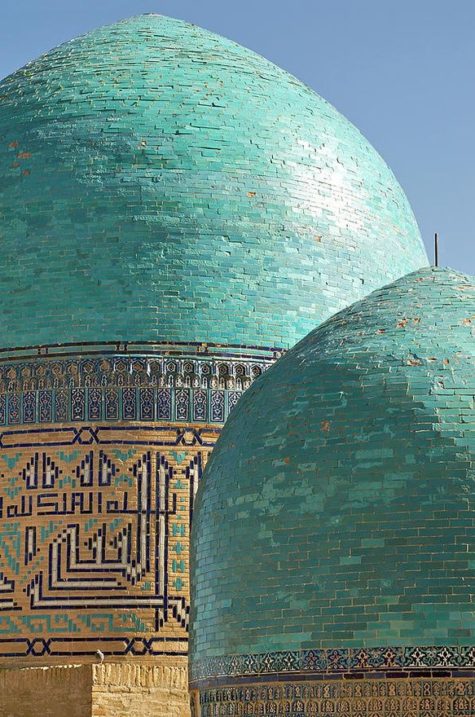 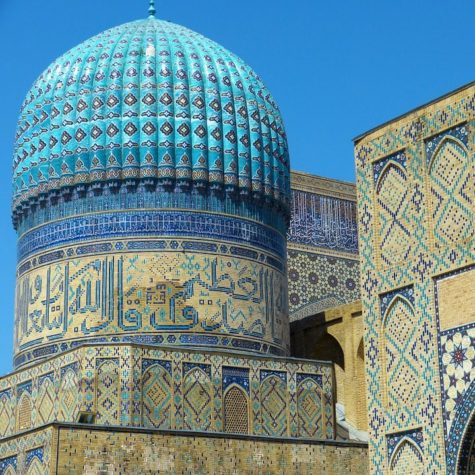 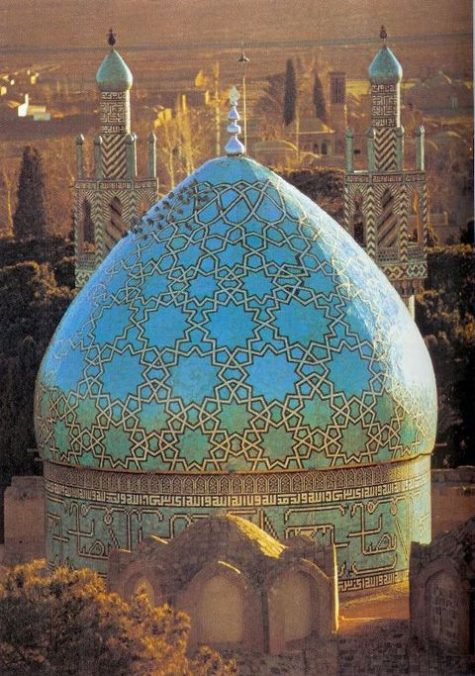