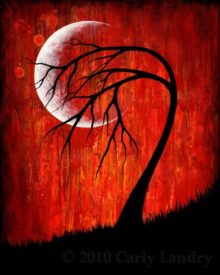 In ancient Egypt, red was associated with life, health, and victory. Egyptians would color themselves with red ochre during celebrations. Egyptian women used red ochre as a cosmetic to redden cheeks and lips, and also used henna to color their hair and paint their nails.

The word red is derived from the Old English rēd. The word can be further traced to the Proto-Germanic rauthaz and the Proto-Indo European root reudh-.

In Sanskrit, the word rudhira means red or blood.

In the Akkadian language of Ancient Mesopotamia and in the modern Inuit language of Eskimos, the word for red is the same word as “like blood”.

The words for colored in Latin (coloratus) and Spanish (colorado) both also mean red, whereas in Portuguese the word for red is vermelho, which comes from Latin vermiculus, meaning “little worm”.

In the Russian language, the word for red, Кра́сный (krasniy), comes from the same old Slavic root as the words for beautiful-красивый (krasiviy) and excellent-прекрасный (prekrasniy). Thus Red Square in Moscow, named long before the Russian Revolution, meant simply “Beautiful Square”.

Healthy people are often said to have a redness to their skin color (as opposed to be appearing pale). After the rise of socialism in the mid-19th century, red was used to describe revolutionary movements. The word is also obviously associated with anything of the color occupying the lower end of the visible light spectrum, such as red hair or red soil.

Red Indians is a British term for Native Americans. American terms for this ethnic group include redskin, redhead and red man, though they are not the preferred terms.

The human eye sees red when it looks at light with a wavelength between 620 and 740 nanometers. Light just past this range is called infrared, or below red, and cannot be seen by human eyes, although it can be sensed as heat. Red light is used to help adapt night vision in low-light or night time, as the rod cells in the human eye are not sensitive to red. 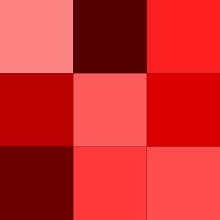