A Short History of Color Therapy

“Color provokes a psychic vibration. Color hides a power still unknown but real, which acts on every part of the human body.” ~Wassily Kandinsky  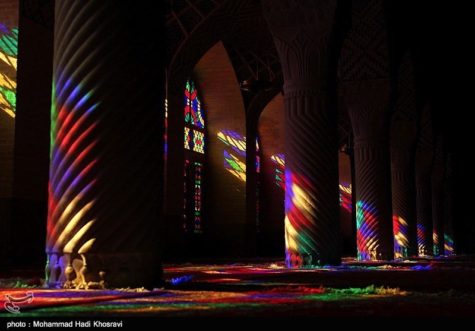 Color and light have been used for healing since the beginning of recorded time. Ancient Egyptians built solarium-type rooms with colored panes of glass. The sun would shine through the glass and flood the patient with color. Some people use colored silk cloths which are placed on the body and then flooded with sunlight. Early color and light healers in the modern world used colored gells and sheets of glass to apply light to the body. Others used color infused water and color meditations to send healing rays to the person.

In the Middle Ages, color was one of the correspondences used in magic along with planets, elements, spirits and angelic beings, metals, herbs, shapes and numbers. Tibetan and Chinese traditional medicine requires knowledge of the relationship between the colors of the elements and the compass directions to balance health.

Today, there are many practitioners who use color and light in interesting ways. Some therapists have a box with a mechanism that flickers light into the eyes. They report success in speeding the recovery of stroke victims and those persons who experience chronic depression.

Some healers recommend the wearing of eyeglasses with colored lenses. Practitioners of Feng Shui bring color into our homes and workplaces for optimum balance and flow of energy.

Dr. Peter Mandel, a German acupuncturist developed a system to apply color and light to acupuncture points on the body. Colorpuncture is now being taught in many countries. In the United States, color and light therapy is beginning to be recognized as a complimentary system to other treatments.

CNN recently announced that researchers at Cornell University discovered that applying blue light to the backs of the knees resets the body’s internal clock, eliminating jet lag and the sleep disturbances that accompany shift work.

If you’ve ever been in the neonatal unit of a hospital, you may have seen babies wearing tiny eye shields under blue lights. It almost looks like the babies are in some kind of weird blue tanning bed. These blue beams are called bili lights, and they help prevent newborns from getting brain damage or other complications from a condition known as newborn jaundice.

Bili lights are a form of phototherapy. The lights – which can be flourescent or LED – produce light between 420 and 470 nanometer wavelengths. (This is where the blue color comes from.) The light passes through the infant’s skin and breaks down the bilirubin into a form that the baby can eliminate. It’s important for the light to make contact with as much of the infant’s skin as possible, so infants undergoing this treatment aren’t wrapped in blankets, and nurses turn the infants regularly to expose different areas of the body.

American psychologist Helen Irlen introduced the idea of reading through colored overlays in 1988. She found that reading through different colored overlays and tinted lenses alleviated and even sometimes removed problems of a specific form of dyslexia called SSS or Scotopic Sensitivity Syndrome. There is also medical evidence to suggest that wearing colored lenses can also reduce the incidence of migraine by up to 80%.

Many of the pioneers of color healing found that their patients benefited from drinking water charged with natural sunlight or specific wavelengths of color. Some theorized that the atomic structure of the water was somehow altered and given particular life-enhancing properties. These theories hold renewed interest for scientists today. Medical researchers are currently investigating techniques to target specific light frequencies on diseased tissue to restore normal functioning to the cells.