How Light Affects Us Physically

Color provokes a psychic vibration.
Color hides a power still unknown but real, which acts on every part of the human body.
~Wassily Kandinsky 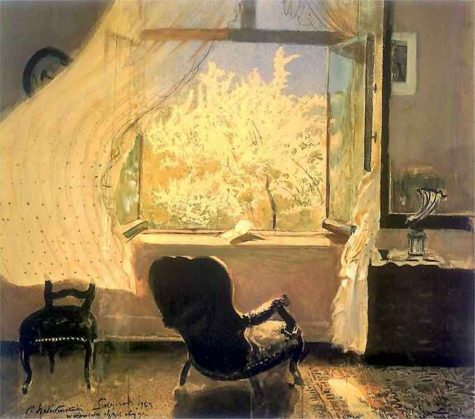 Our ability to receive appropriate light information and energy stimuli from our environment is a key factor in the regulation of every cell in the body.

Our eyes serve not only as sense organs but also directly stimulate vitally important, fundamental, and very primitive parts of the nervous system located deep in the brain. The hypothalamus, pituitary and pineal glands are all extremely light sensitive. Light reaching these areas of the brain has an immediate effect on the involuntary autonomic nervous system, changing our physical, mental, and emotional states.

Some nerves go from the retina directly to the hypothalamus, a small organ that regulates most of the life-sustaining functions of the body, such as control of the autonomic nervous system, energy levels, internal temperature, cycles of rest and activity, growth, circulation, breathing, reproduction and the emotions.

Light from the eyes directly affects the pineal gland, which modifies our behavior patterns according to the amount of light it receives.

Melatonin, the hormone produced by the pineal gland in response to the light dark cycle, goes to every cell in the body. When regulated properly by environmental light, it is the most potent force known for longevity and prevention of cancer. Mis-regulated, it can actually promote cancer.

Color has been known to shift the balance of the autonomic nervous system, which innervates every organ in the body.