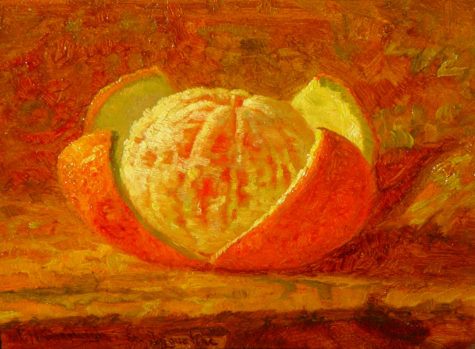 The color orange is named after the appearance of the ripe orange fruit. The word comes from the Old French orenge, from the old term for the fruit, pomme d’orenge. That name comes from the Arabic naranj, through the Persian naranj, derived from the sanskrit naranga.

The first recorded use of orange as a color name in English was in 1512, in a will now filed with the Public Record Office. Before this word was introduced to the English-speaking world, the color was referred to as ġeolurēad (yellow-red).

In the 18th century, orange was sometimes used to depict the robes of Pomona, the goddess of fruitful abundance; her name came from the pomon, the Latin word for fruit.

Oranges themselves became more common in northern Europe, thanks to the 17th century invention of the heated greenhouse, a building type which became known as an orangerie.

Orange is the color most easily seen in dim light or against the water, making it the color of choice for life rafts, life jackets or buoys. It is worn by people wanting to be seen, including highway workers and lifeguards. Prisoners are also sometimes dressed in orange clothing to make them easier to see during an escape. Lifeguards on the beaches of Los Angeles County, both real and in television series, wear orange swimsuits to make them stand out. The Golden Gate Bridge at the entrance of San Francisco Bay is painted international orange to make it more visible in the fog. 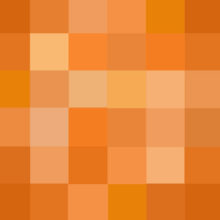