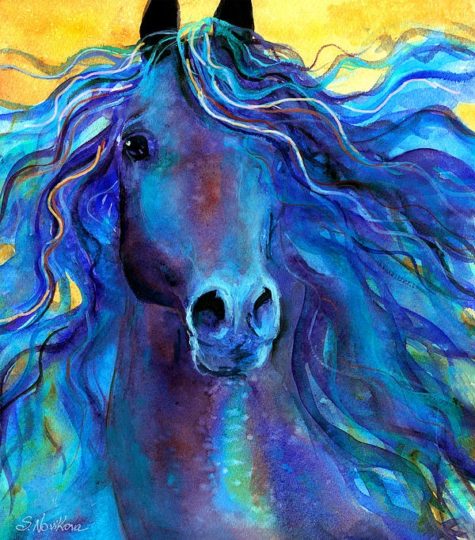 Blue has something for almost everyone, from the sky blue of a warm summer day, to the intense passionate royal and peacock blues through deep mysterious indigo. Blue is the most soothing shade of the spectrum and is probably the most common favorite color .

Blue is neutral and supports female and male energy equally. It is the traditional color of the European Great Goddess and Divine Wisdom. The color blue corresponds to the following:

Because the planet Earth is a water planet, blue is a color associated with the planet as a whole and with Earth healing. It represents the emotions, love, truth, and sincerity. This cold and cooling color also has qualities of healing and tranquility.

Other aspects of the color blue are as follows:

In magical use blue can be used for harmony in the home and meditation, achieving freedom, tranquilly , peace , patience, communications, honor, health, friendships, dreams, sleep, and creative inspiration.

The etheric level of the aura which is the one nearest the physical body, is often seen as a blue or blue gray layer or as a grid like duplicate of the body and its organs and energy pathways in blue lines of light. 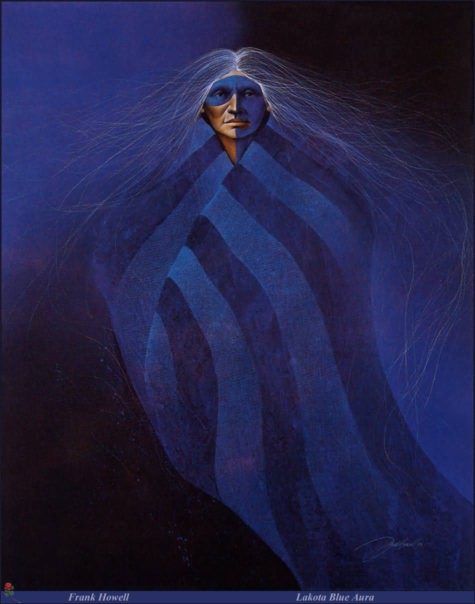 Blue in the aura often indicates a natural healer and can be seen in people in nurturing and or protective careers such as herbalists, doctors even police . People who are concerned for the welfare of others often have blue in the emotional body .

Clear rich shades are seen in intuitive individuals, and those gifted in psychic perceptions. Auras in which blue is dominant belong to people with strong personalities, they may not easily express deep emotions but have patience and deal well with life’s problems. Blue in the aura signifies one who is actively engaged in the search for their personal place in the world.

Transient in the aura blue shafts of light may be rising from the heads people in the act of creating or inventing, and when actively working on intuitive awakening and expression.

Lighter blues belong to those who are learning something. Darker blues tones are found in the auras of people who are detaching themselves from drama and are seeking peace in their daily life.

Light and sky blues are those most often used in healing work often as light or shakti energy or whatever other means is practical. A focused visualization of either an intense electric blue beam of light energy or a softer shade has been used to repair the etheric body and the etheric template by dissolving negative energy forms and reconstructing damaged and missing parts and for sealing tears in the aura. The exact shade will vary according toned and will usually be guided from spirit.