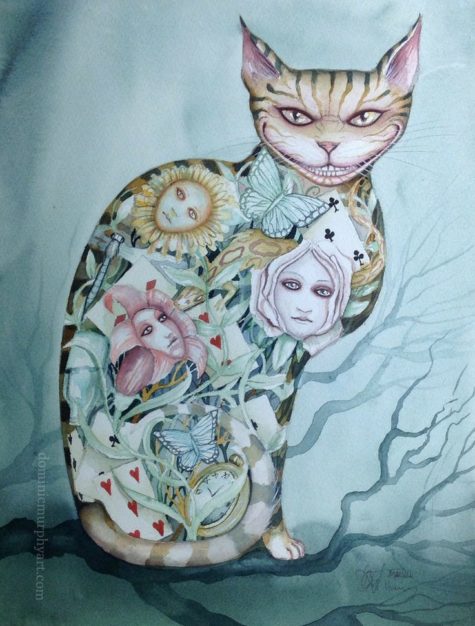 The cat…has a girl’s nose, a rabbit’s head,
The tail of a serpent’s poison, a viper’s claws,
And cloudberries for feet-as for the remainder of its body,
It comes forth from the race of wolves.

From the Magic Songs of the Finns. 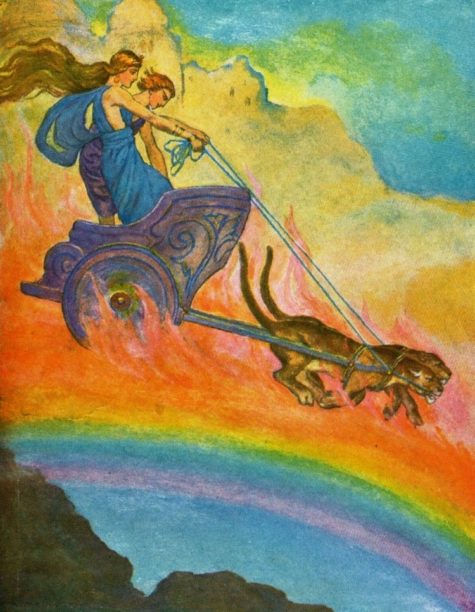 In the epic poem known as “The Kalevala” (composed by Elias L”nnrot and first published in 1835, though based on traditional folktales), you will find this curious anecdote…

It seems that a witch decided to one day invite herself into a house that happened to be filled with people. Upon entering this house the witch began to dance around while muttering bizarre incantations, much to the chagrin of all who were present.

All at once, the people found themselves transported onto a sleigh drawn by a giant magical cat. This mysterious cat pulled the sleigh at fantastic speeds until it finally came to “Pohjola”, a place where evil resides in everlasting night, located deep within the hinterlands of Finland.

Why? How come? What did those people ever do to the witch? How did a cat get mixed up in all this, anyhow? And why decide to ask such questions NOW?

Actually, the Finns believed that cats led the souls of the departed through the obstacles of hell onto the glories of heaven.

This motif of “cat-as-guide-to-the-beyond” is rather common. In Egypt there is the story of Bast the cat goddess bringing souls to the underworld. Babylonians believed that the souls of priests were whisked to paradise by the agency of a benevolent cat. So perhaps the Finnish folktale of the witch and the cat-sleigh isn’t so odd after all.

Related Posts
How Pussy Willows Got Their Name
A Cat and Mouse Story
The King of Cats ~ A British Tale
Fancy Feline Portraits
Search
Cat.egories