In India, the cat is recognized as a magical bringer of luck and there is the legend of the famous Patripatan. 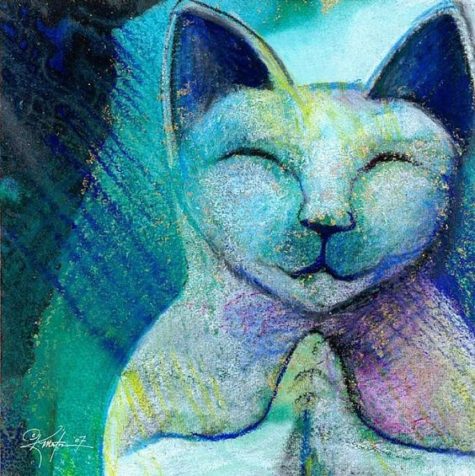 This cat was so cunning and so softly insidious that when he once climbed into the land of Devendiren in the sky (where, as we all know, there reigned twenty-four million gods and forty-eight million goddesses) in order to plead his master’s cause, he became the friend of the all-powerful king of the gods and the beloved confidant of the most beautiful of the goddesses.

He did so much and so well that for three hundred years he forgot to come down again to the earth.

And while the prince and the inhabitants of the kingdom of Salangham awaited his return, not a person aged by a single hour during all the hours and days and years that passed. At last Patripatan returned. In his white paws he brought a complete and heavy branch of that rarest talisman-flower of Parasidam, in full flower. And from that day there was nothing but gentleness and beauty in that kingdom.

Related Posts
The Cat and The Rat
The Reincarnated Cat
The King of the Cats
The Kitten and the Hungry Fox
Popular Posts
Search
Cat.egories