The Colors of Hinduism

Hindu deities are depicted in colors that symbolize many positive attributes. Reminiscent of such natural elements as the earth, the sky and the sun, many colors have become symbols representative of the functions and characteristics that these elements possess. Therefore, as a religion so in tune with nature, the symbolic meaning of these colors has been adopted and integrated into Hinduism. From the saffron robes of holy men to the blue skin of the deities to the white clothing worn by mourning widows, certain colors are used specifically for their symbolism in Hinduism. 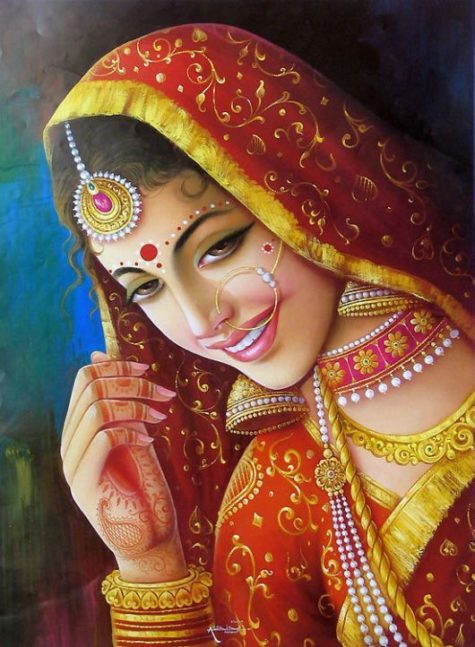 In Hinduism, the color red symbolizes positive concepts. For wedding ceremonies, brides wear red clothing, put red dye in their hair and place a red dot on their foreheads because red represents purity. Since clay earth is red and produces many harvests, the color red is also representative of fertility. As a bold color, red symbolizes bold emotions and characteristics, such as passion, sensuality, power and strength. The deities who wear red, such as the goddess Durga, possess the respectable qualities that the color represents. 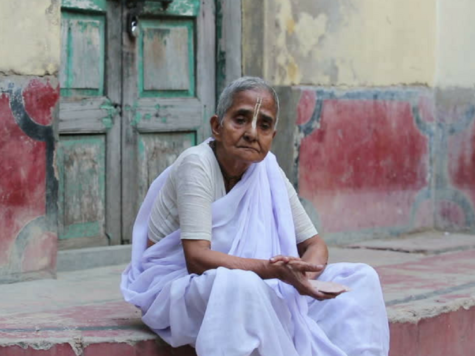 White, which is composed of many colors, symbolizes a range of notions in the Hindu religion. It is worn by deities who are equated with peacefulness, innocence and purity, such as the goddess Saraswati. The cleanliness of the color white symbolizes new beginnings and rebirth. Alternatively, white is also symbolic of death in Hinduism. Widows wear white while mourning because it is a reflective color that represents their need to reflect back to the world and detach themselves from society while grieving. 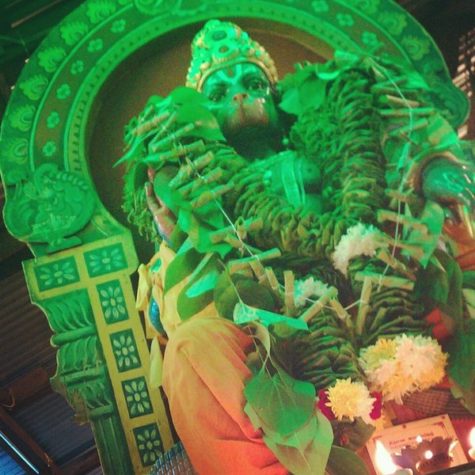 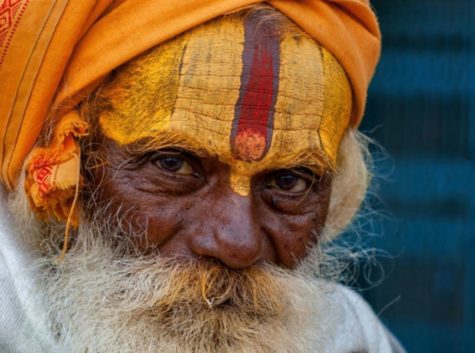 Reminiscent of the color of fire, saffron is composed of shades of golden-yellow and orange. In addition to being similar to the color of fire, saffron is also symbolic of the cleansing and purity that comes from burning objects. Hindu monks wear saffron-colored robes to represent their mission to cleanse and eliminate impurities and evil from the world. The color saffron is also representative of lightness and wisdom, qualities that the monks possess. 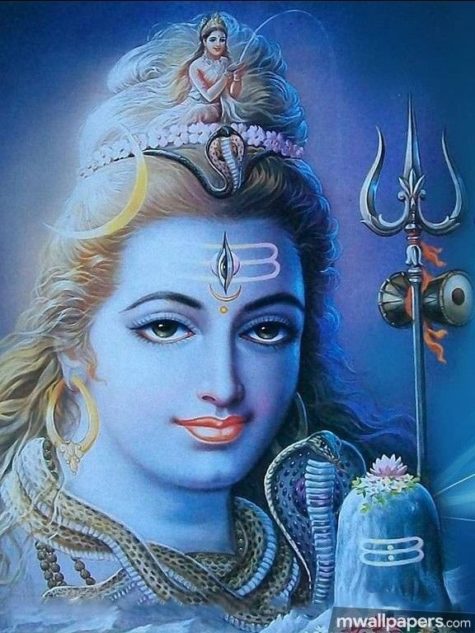 A number of Hindu gods, such as Vishnu, Krishna and Shiva, are depicted as having blue skin. Therefore, the color blue represents the characteristics that many of the deities possess, such as bravery, goodness, determination and protectiveness. Blue is also a color found in such natural elements as the sky and water which makes it symbolic of the peacefulness of nature. Hindus view dark blue as being representative of calmness and intuition. 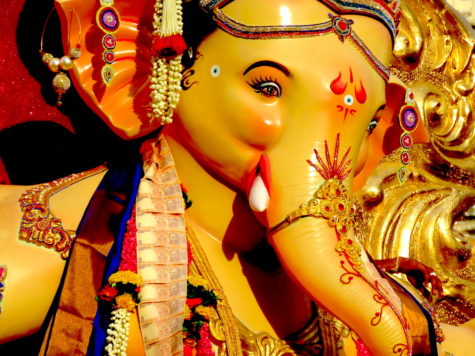 Yellow is symbolic of learning and knowledge because it is a color often depicted in the clothes of wise Hindu deities, such as Vishnu, Krishna and Ganesha. As the color of the sun, yellow also represents the characteristics of the sun, such as light, warmth and happiness. Furthermore, due to the abundant presence of the sun during spring, yellow symbolizes new beginnings and developments.

My Online Shops
Bread Crumbs
A trail of bread crumbs just in case you lose your way browsing the Colors ... Color Therapy > New > Color Correspondences > The Colors of Hinduism
Stats