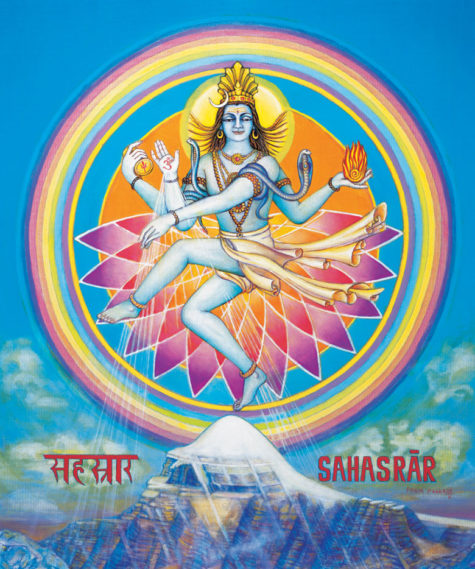 The seventh Chakra, Sahaswara, is referred to as the thousand-petal lotus Chakra. This is the top Chakra of the seven and located at the crown of the head. Sahaswara is our source of enlightenment and spiritual connection to all that is. It is a connection to our higher selves, to every being on the planet, and ultimately the divine energy that creates everything in the universe.

True opening of Sahaswara means the realization that you are pure awareness. You are pure consciousness, undivided, and all expansive. Like a drop in the ocean, you are a part of that ocean that contains and encompasses every aspect of it.

Emerging From the Murky Waters

The lotus flower is a symbol in both the Hindu and Buddhist traditions. It is nurtured, grows, and emerges in muddy waters. It blooms where there is no clarity. The beauty of the lotus is unique to its environment, which appears monotonous and lacks vibrancy.

When you reach the unfurling of the seventh Chakra, you emerge through the confines of the physical body, the ego, mind, and intellect. You even push beyond the individual soul that ties you to Samsara, the endless cycle of birth and rebirth. You are freed from the shackles of desire. White light surrounds your body and you appear to stand out in your murky surroundings.

Is This an Unattainable Beauty?

After reading the description of the seventh Chakra, it may seem out of reach. You may think, “Well, that sounds nice for monks and gurus, but not for me. I’m just an ordinary person with a normal life.”

While we have the demands of daily living and the busy minds that accompany these demands, reaching enlightenment may not be as far off as it appears. A worthy goal may be to live in a constant state of pure awareness. But how about living with moments of pure awareness? We have all experienced these moments at one time or another. Have you ever felt unconditional love for someone? Have you ever experienced a miracle? 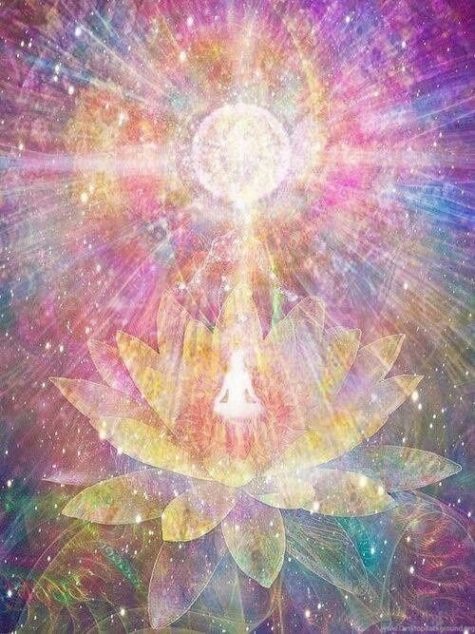 Practicing meditation, prayer, and daily silence are disciplines that lead to increased moments of spiritual connection. In fact, these are the only means by which you will experience the essence of Sahaswara. Just as you would go to school for hours a day and study for exams to obtain a degree, meditation, prayer, and silence are your studies to obtain a spiritual degree.

Once you’ve established a daily practice of these activities that connect you to universal consciousness, you will see expansion of spiritual awareness in your outer world. You will begin to experience unconditional love on a consistent basis. You will be more compassionate, kind, and forgiving, and you will show more humility. Life will no longer be solely about you and your desires. Your life will become more about serving others because when you serve others, you are serving yourself.

While silence is the most powerful and important way to opening the seventh Chakra, there are some other practices that support this Chakra.

Two Pranayama breathing techniques you can do before meditation include Nadi Shodhana, or alternate nostril breathing, and Kapalabhati, or the skull shining breath. 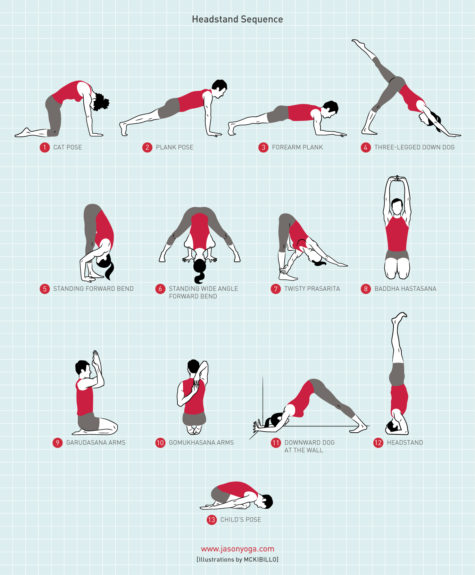 Inverted yoga asanas such as headstand (Salamba Sirsasana) and down dog (Adho Mukha Svanasana) can help stimulate the seventh Chakra, as well as any posture that brings the crown of the head to the floor such as fish pose (Matsyasana).

The color for the crown Chakra is violet or white and the mantra sound is the universal sound of OM. Gems you can wear or have in your environment to help open and align the seventh Chakra are amethyst, selenite, and sugilite.

Sahasrara, meaning thousand, is the “Lotus of the Thousand Petals” located four finger-breadths above the crown of the head. Sahasrara Chakra is the upper terminal point of Sushumna nadi, the central channel. From Saharara the nectar of immortality (Amrita) flows in a constant stream. 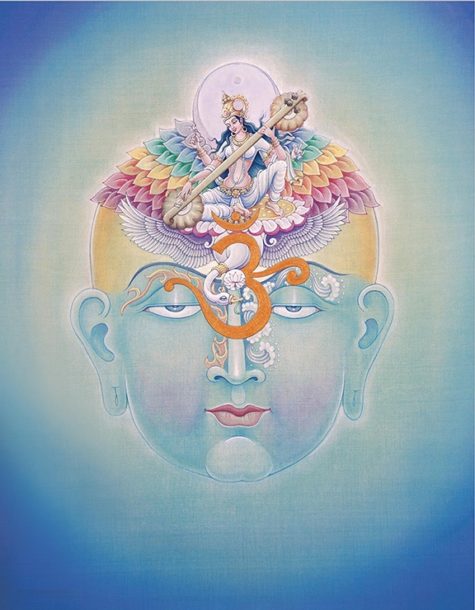 Sahasrara Chakra is the seat of the parabindu (supreme bindu). It is the location of the merging of Kundalini Shakti and Shiva. By this union the adept attains liberation while living which is considered in Indian life to be the highest experience: an union of the individual with the universe.

Sahasrara Chakra is located above Brahma-randhra, “the cave of Brahma”. It is a hole in the crown of the head through which the soul is said to escape at death. When the Yogi separates himself from the physical body at the time of death, this Brahma-randhra bursts open and the soul comes out through this opening (Kapala Moksha). This opening is also called the ‘Door to Pure Consciousness’ or door of liberation.

Once the Kundalini Shakti, also called “Serpent Power”, has ascended through Sushumna to Sahasrara, it is made to reverse its course and return to rest in the base center again. Immortality is achieved within Sahasrara Chakra. Before attaining to this Chakra the yogi is unable to reach the unconscious conscious state called asama-prajnata-samadhi. In this state there is no activity of the mind and no knower, no knowledge, nothing to be known: knowledge, knower, and known all become unified and liberated.

When the Kundalini is raised up to Sahasrara Chakra, the illusion of individual self is dissolved. The yogi becomes realized, one with the cosmic principles that govern the entire universe within the body. One is no longer subjected to birth or death.

Samadhi is the pure bliss of total inactivity. Up to the sixth Chakra the yogi may enter a trance in which activity or form still remains within the consciousness.

In Sahasrara Chakra the prana moves upward and reaches the highest point. The mind establishes itself in the pure void of Shunya Mandala, the space between the hemispheres.

At this time all feelings, emotions and desires, which are the activities of the mind, are dissolved into their primary cause. The union is achieved. The yogi is sat-chit-ananda, truth-being-bliss.

He is his own real self, and as long as he stays in his physical body he retains nondual consciousness, enjoying the play of lila without becoming troubled by pleasure and pain, honors and humiliations.

You have gone on a journey.

There is one more door to open –
and it contains the key to all that lies beyond.
You hold that key, but you cannot see it.
It is not a thing, it is not a way.
It is a mystery.

Allow yourself to review the places you have gone …

Remembering the touch of flesh to Earth, the flow of movement and power, the song of love in your heart, the memories imprinted in your mind …

Who is it that remembers?
Who has traveled on this journey?

Is it your body? Then what has guided you?
What it that has grown?
Through what have you traveled?
Who now would hold that key that can’t be seen, the key that cannot lock?

The answer to this is the key itself.

All wisdom is within you. Nothing is beyond you. The kingdom is before you, within you, around you. It is in your mind, which is but one mind in a sea of many; connected, contained, intelligent, divine.

It is the seat of the gods, the pattern of creation, the immensity of the infinite, the endless unfolding petals of the lotus, fully blooming and connected all the way to Earth.

We find it in our thoughts.

From whence do our thoughts arise?
Where do they go when they rest?
And so is it that perceives them?

Deep within ourselves we find a place to open up our mind.

Through starry heavens ever climbing, matter’s solid threads unbinding.
Out far beyond far Heaven’s veil, the Father rules the starlit trail.
In patterns bright, perceived by sight, our thoughts turn over day through night,
Through our thinking, ever linking,
winding weaving, wisdom’s webs, ancient patterns, flows and ebbs.

Auspicious Shiva, Lord of sleep, your meditations bring us deep
To ancient wisdom found within, a sacred place where we begin
And ending, here we shall return; reconnected we have learned
To know divinity inside and bring it forth with honored pride.
The key within our minds we hold, to mysteries we shall unfold;

Gateway to the worlds beyond,
In sacred space and peace we bond.

From Wheels of Life

The Key of B and the 7th Chakra

The Key of B is traditionally associated with the Seventh Chakra, also called the Crown Chakra. The Seventh Chakra is the seat of the essence of integration, unification and completion.

When the Crown is opening and flowing, the experience is profound. Feelings of completion and wholeness arrive, along with a deep sense of fulfillment, the type of comfortable satisfaction that comes when you are happy and secure with who you are.

When the Seventh Chakra is blocked and bound, a sense of mental agitation stemming from not being able to “see the forest for the trees” can overwhelm you. Confusion and doubt are often present, stemming from an inability to focus o the task at hand.

The open Crown will give you the understanding of how to integrate your diverse experiences and perceptions into a unified whole. You’ll find yourself easily able to focus simultaneously on the whole and its constituent parts. And most of all, the work of opening the Seventh Chakra creates the experience of oneness and clarifies your understanding of surrender and acceptance, the last steps toward becoming your essential self.

Or, if you are feeling adventurous, you can put B Major into a search for music on YouTube and go exploring. 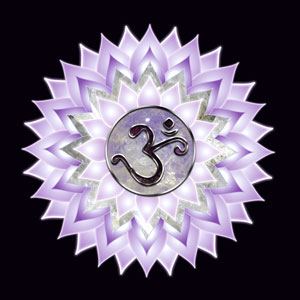 What follows is a collection of Crown Chakra (7th chakra) images.
Enjoy! 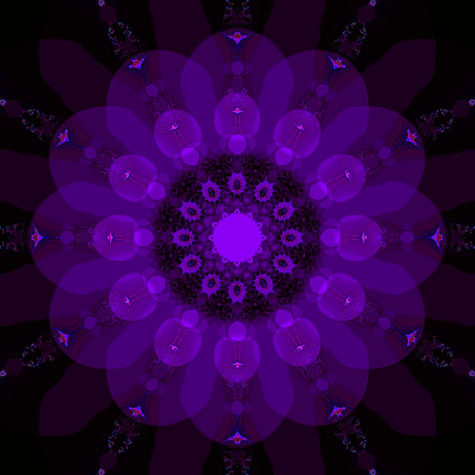 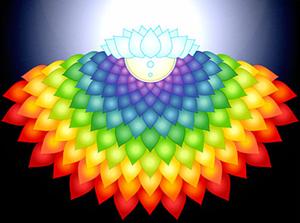 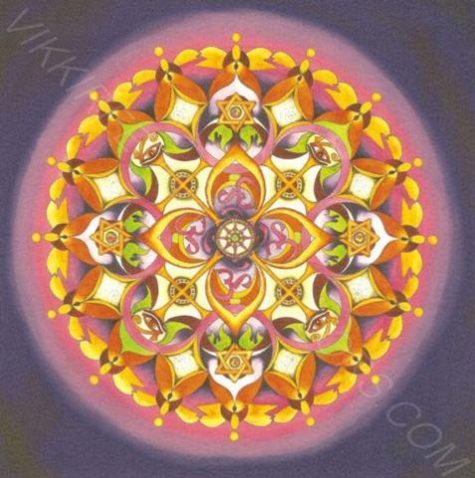 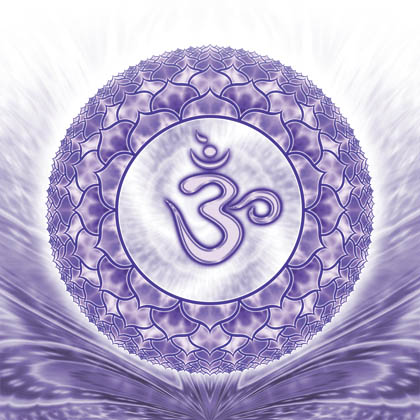 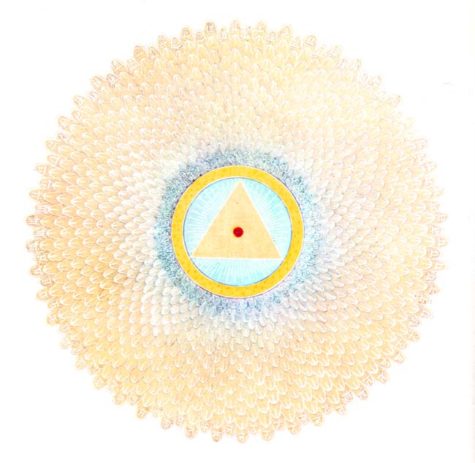 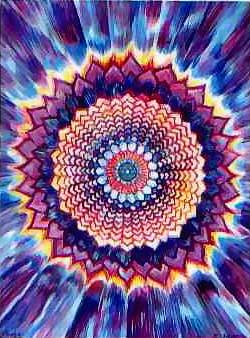 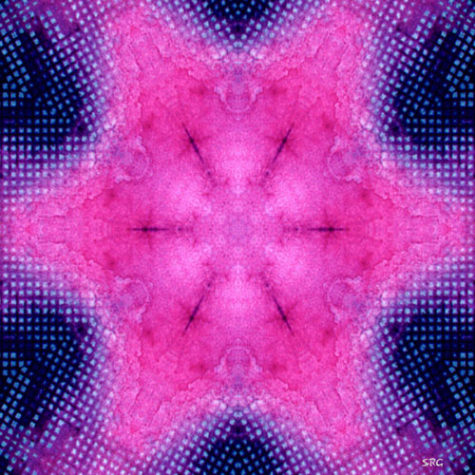 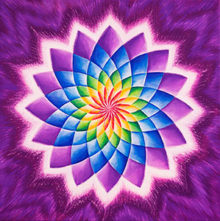 The Crown Chakra is located near the inside of the top of the head or slightly above your head and corresponds to the connection of Divine energy. It is the highest energy vibration. It is affected by prayer, meditation, and one’s feelings toward the Diety. Any extra external energy you need for cleansing purposes come through this chakra.

When this chakra is constricted or out of balance, you may experience: Depression, obsessional thinking, confusion, Sensitivity to pollution, chronic exhaustion, epilepsy, and/or Alzheimer’s.

The Crown chakra lies at the top of the head, it is home to our pure spirit, this is where we become one with the divine. As we go through our darkest times, and tragic things happen, and when we been disillusioned by material gains, we search for something to answer our calls, this is when we start to look within for the answers we seek. When we find that inner peace we become whole again. ‘To simply be.’ A feeling of oneness.