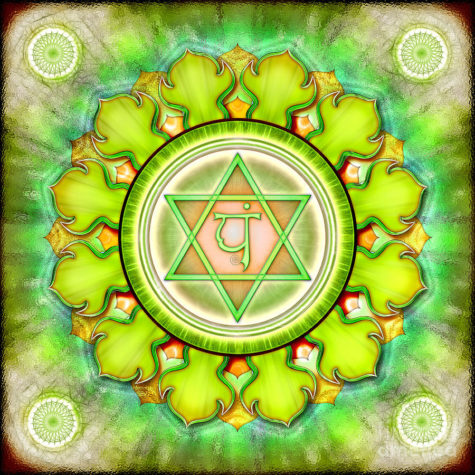 The Sanskrit word for the fourth Chakra is Anahata, which means “unstruck” or “unhurt.” The name implies that beneath the hurts and grievances of past experiences lies a pure and spiritual place where no hurt exists.

When your heart Chakra is open, you are flowing with love and compassion, you are quick to forgive, and you accept others and yourself. A closed heart Chakra can give way to grief, anger, jealousy, fear of betrayal, and hatred toward yourself and others.

Choose the Essence of Anahata

Some people choose to live in the place of grievances. They’ve been hurt in the past by parents, siblings, classmates, or loves. Maybe you’ve been there too. It’s impossible to avoid situations where someone may try to hurt you. But you get to choose what to do with that hurt. Some people might try to hurt the other person back. Yet, that is not living from a place of Anahata. The person who inflicts pain on others is coming from a place of fear, ignorance or hatred, all of which represent a closed heart Chakra.

When you encounter hurt feelings from your past or present, you can choose to feel them fully and let them go or hold onto them. By letting them go, you’re able to open your heart to new people and new experiences with compassion, love, and understanding. 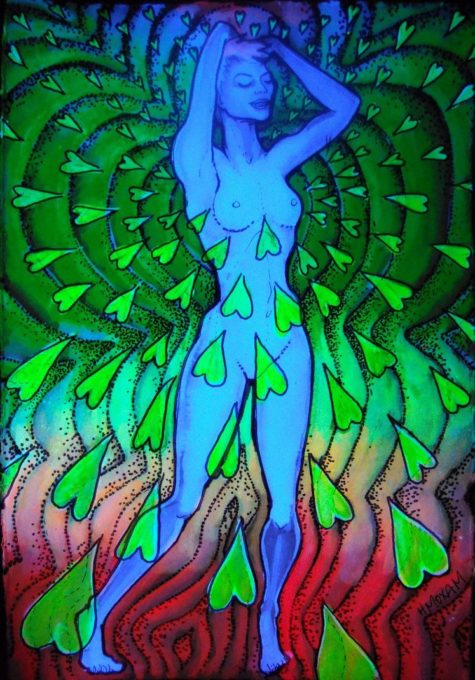 Holding onto hurt harbors negative feelings and cuts you off from opportunities to love and serve. Letting go is as easy as making a choice. Your mind and your ego may tell you otherwise but it’s as simple as choosing to let go and move on.

Walking in another person’s shoes is not easy to do, but can be helpful in fostering a sense of empathy. To help create empathy and compassion, I like to play a game called, “the what if scenarios.” When encountering a person who is being unpleasant or who has treated me poorly in the past, I quickly take my mind through a host of what ifs. For example, ask yourself, “What if that person is just having a bad day?” or “What if that person just lost his job?” “What if she just learned her husband was having an affair?” “What if he was just diagnosed with an illness?” As you create these stories, of which the possibilities are endless, you begin to empathize with the other person and his or her situation. This method takes you away from yourself and self-pity and places compassion onto the other person.

Now, let’s suppose that there’s a family member or close friend who just repeats a pattern of inflicting hurt on a constant basis. You can still offer love and compassion either from a distance or by setting boundaries. In any case, know that when someone chooses to hurt you, it’s almost never about you. It’s about them.

Give Love to Receive Love

The best way to receive love is to give it. Author and motivational speaker, Leo Buscaglia, used to teach that we should give and receive 12 hugs a day for optimal health. So give hugs and kisses. Other ways you can give love:

Asanas, Sounds, Colors, and Gems to Balance the Fourth Chakra

Any yoga pose that opens the area of the chest will help to balance the heart Chakra. Some poses include camel, standing bow pose, and cow face pose. 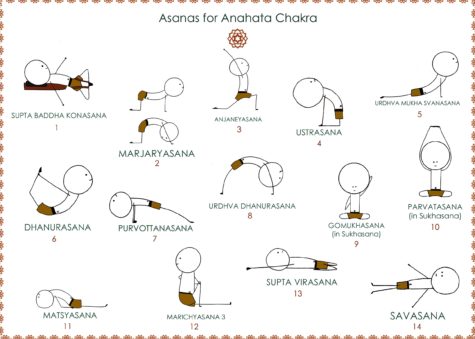 The mantra sound corresponding to the fourth Chakra is the sound YUM. A special mantra to help expand love and compassion is OM MANI PADME HUM. You can repeat this mantra in meditation to gain greater access to these qualities.

The color is emerald green and the gemstones associated with the heart are emerald, malachite, jade, and rose quartz. 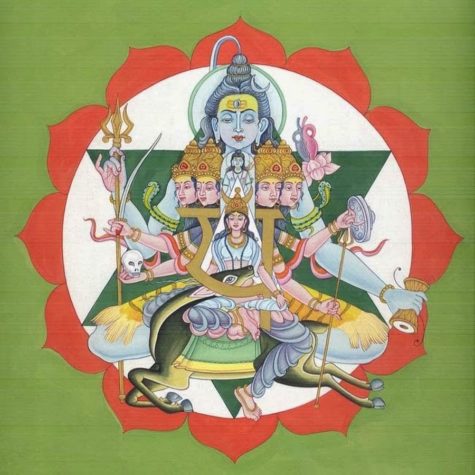 The seed mantra is Yam and the vital breath is Prana. The presiding deity is Ishana Rudra Shiva. He has a camphor-blue skin, he is two-armed. The nature of Ishana is peaceful and beneficent. He holds the trident in his right hand and a damaru drum in his left. The holy Ganga (river Ganges) flowing from his hairlocks is a cooling and purifying stream of self-knowledge: the knowledge that “I am That”. The snakes coiled around his body are the passions, which he has tamed.

His energy is Kakini Shakti, her skin is rose-colored. Her sari is sky-blue and she is seated upon a pink lotus. In her four hands Kakini Shakti holds the implements necessary for one to attain balance: the sword, the shield, the skull and the trident symbolizing the balance of the three forces of preservation, creation and destruction.

It is in Anahata Chakra that Kundalini Shakti appears for the first time as a beautiful goddess. She sits in lotus posture within a triangle. The triangle is pointing upward, showing the tendency of Shakti to move upward and carry the aspirant into the higher planes of existence. Dressed in a white sari, Kundalini Shakti is serene and centered within herself. She is the virgin mother and is synonymous with Shakti, selfless spiritual devotion. No longer is she personified as a destructive serpentine force, as is typified by the first Chakra. Kundalini Shakti now becomes a goddess and one may communicate with her, the upward-moving energy.

She is no longer coiled around the lingam, but sits independently in a yogic posture. She embodies anahata nada, the cosmic sound, which is present everywhere and is known as “white noise”. This sound begins in the heart as AUM, the seed of all sounds.

Behind Kundalini Shakti stands a lingam in which Rudra Shiva appears as Sadashiva (sada: “eternal”, shiva: “benefactor”). He is Shabda Brahma, or the eternal Logos. As such he is Omkara, the combination of the three gunas, sattva, rajas and tamas, which are represented by the sounds A, U, and M, respectively, combining to form the sacred syllable AUM or OM.

He stands with a trident, symbolic of the three gunas. This shivalingam is the second lingam in the body, and is known as Bana (arrow) Lingam, the first being the Svayambhu Lingam of the first Chakra, around which the Kundalini serpent is wrapped. The lingam of Anahata Chakra is synonymous with conscience.
The Chakra’s associated animal is the black antelope or gazelle, symbolizing the lightness of physical substance.
Ishana Rudra Shiva