A Polar Bear In The Flowers

Published May 5, 2020 | By shirleytwofeathers 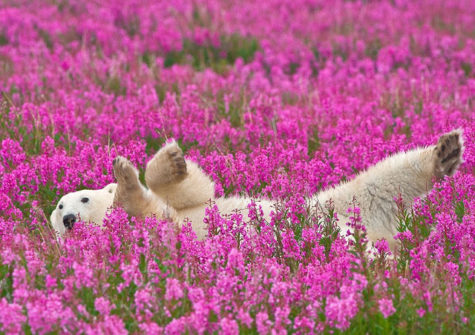 How fun is this? A photographer captured these wonderful images of a polar bear enjoying a romp in the flowers. 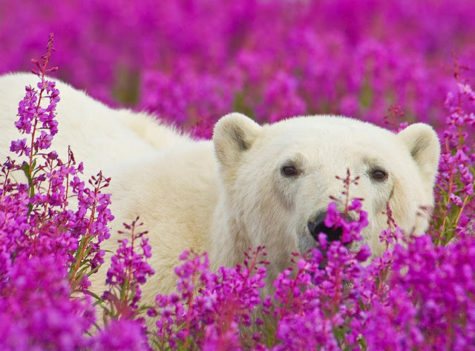 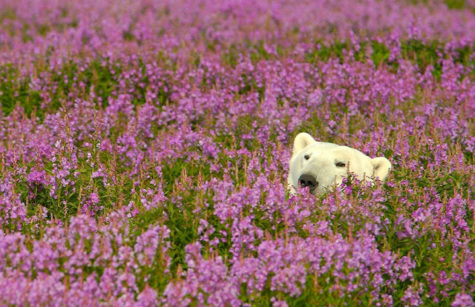 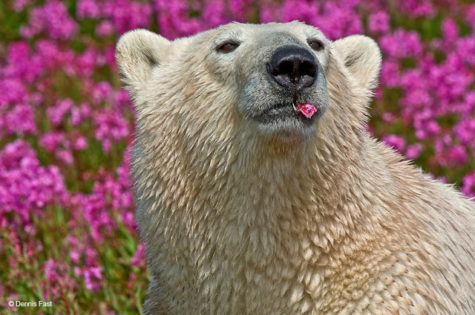 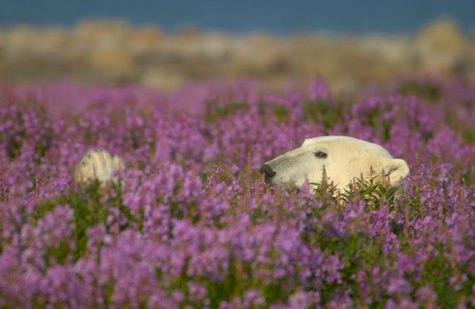 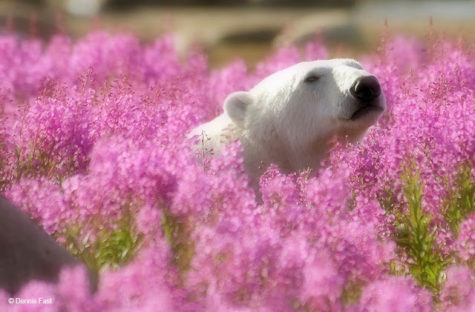 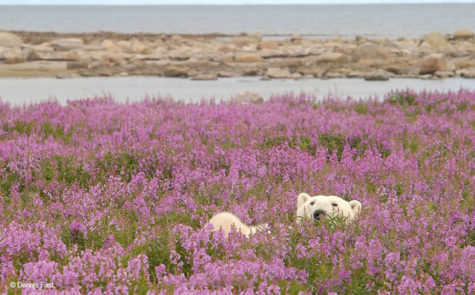 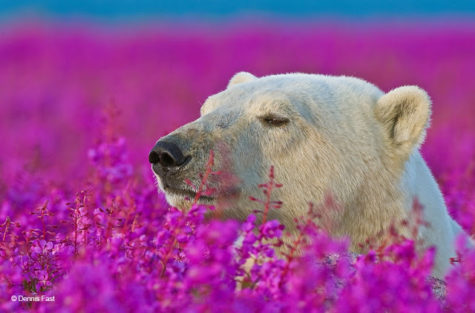 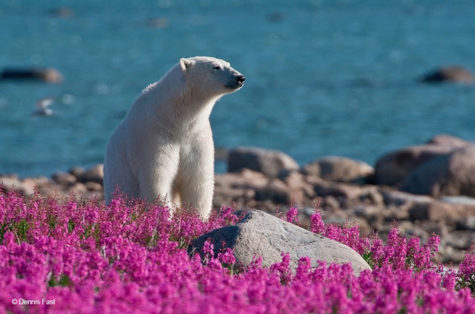 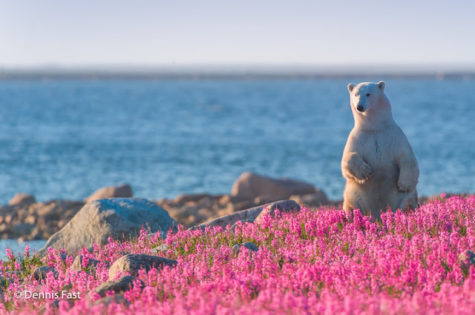 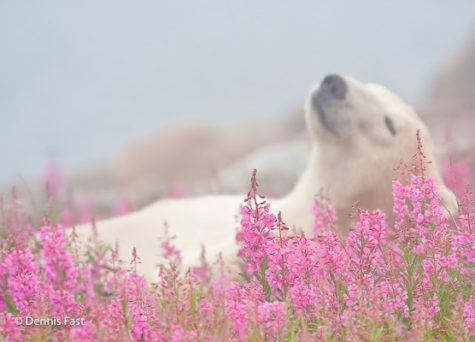 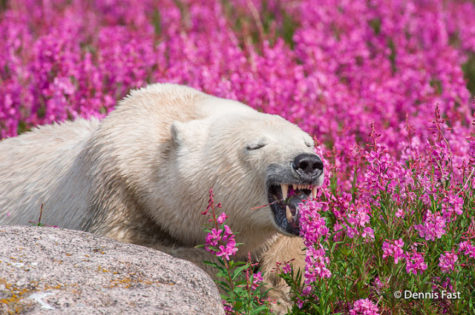 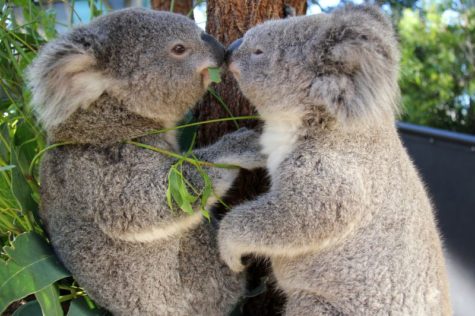 ‘Holly’ and ‘Bai’yali’ recently moved into a “koala crèche”, at the Taronga Zoo, where the pair has been spotted munching on eucalyptus leaves together and even sharing an occasional nose-rub to the delight of zoo visitors. 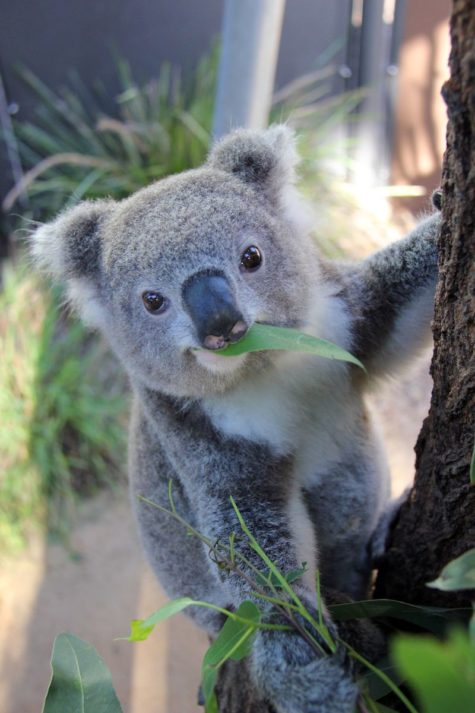 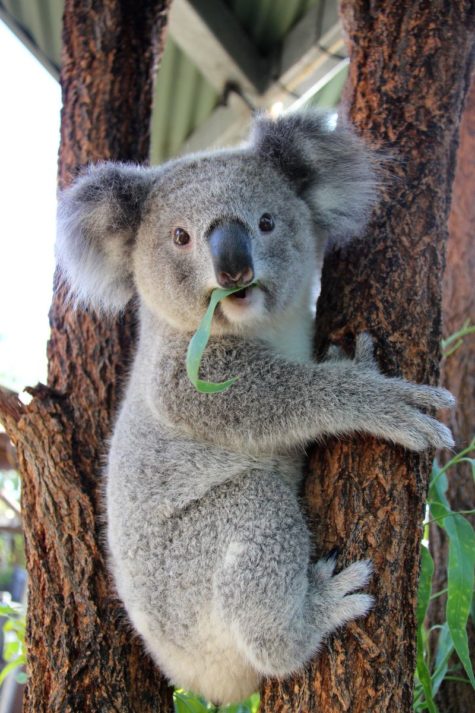 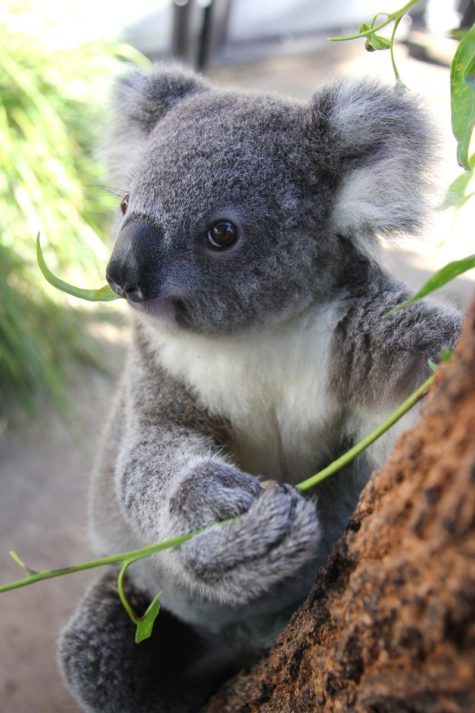 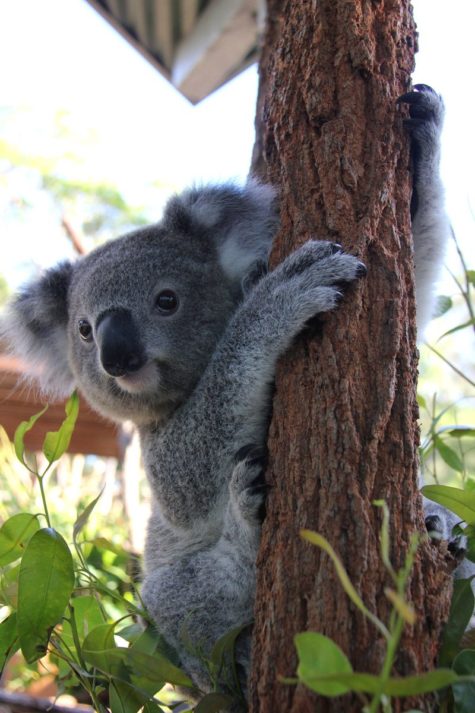 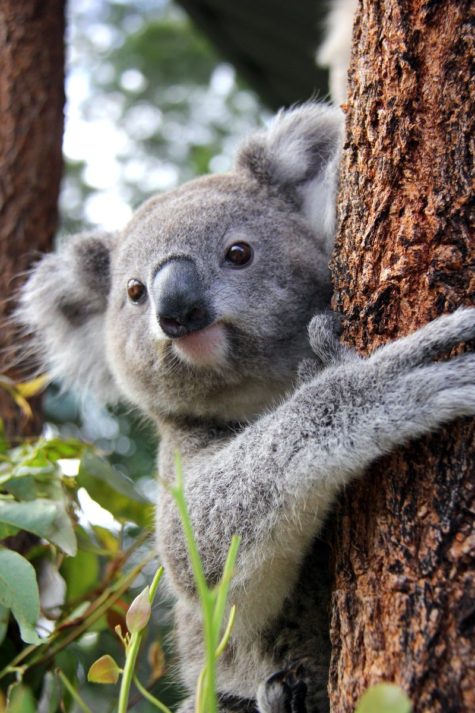 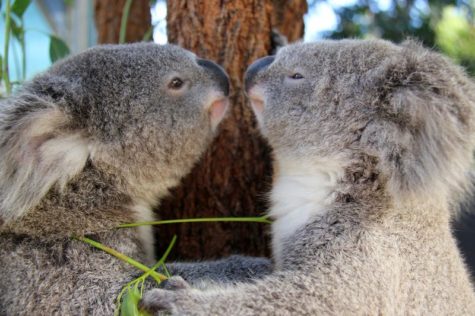 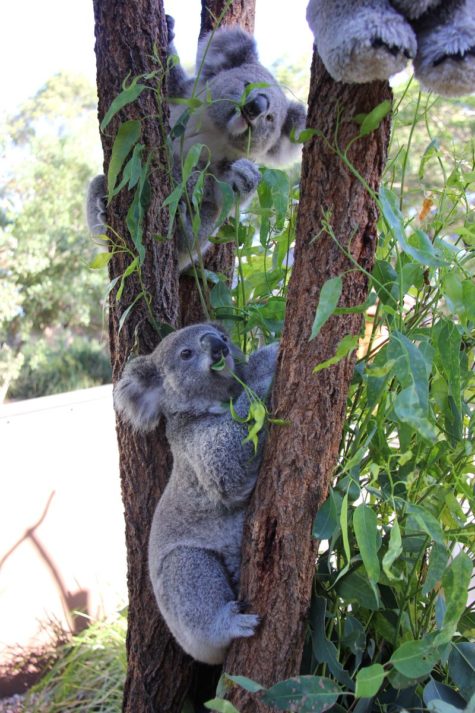 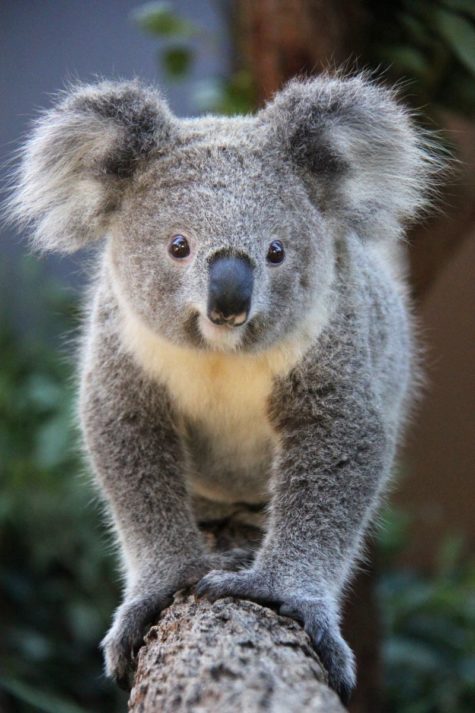 “Koalas are known to have poor eyesight, so smelling and hearing is much more important. Nose touching is a Koala greeting and a way for Koalas to determine if they’re encountering a friend or foe,” said Koala Keeper, Laura Jones.

The pairing of one-year-old Holly (whose birthday is Christmas Day) and 15-month-old Bai’yali, is designed to replicate Koala behaviors in the wild. From 12 months onwards, Koala joeys leave their mothers to find their own home ranges.

“We crèche them together so they can grow up and learn natural social behaviors without feeling threatened by the adult Koalas. It’s also nice for the joeys to have a companion while they’re making the big transition away from their mothers,” said Laura.

Laura said the female joeys would remain together for at least another year if they continue to get along.

Here’s a cute little gif to get you excited about fitness.
How cute is that?

Koala Joey Gets A Close-Up 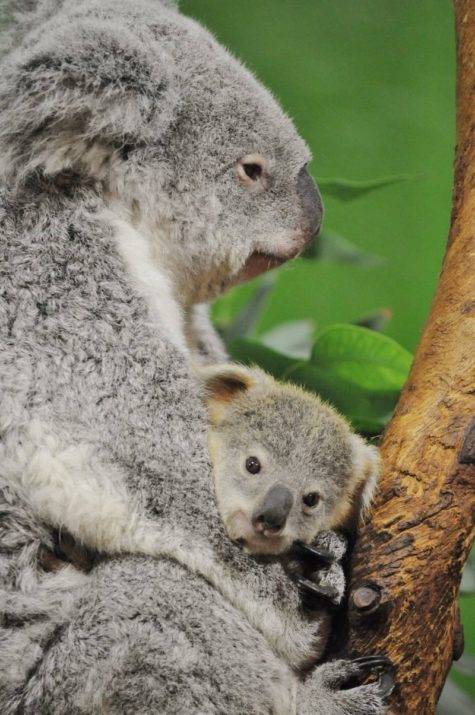 The birth of the new Koala is a rare occurrence for a zoo in the United States. There is only an average of seven joeys born per year in 11 U.S. zoos with Koala exhibits, and only two were born in 2014. 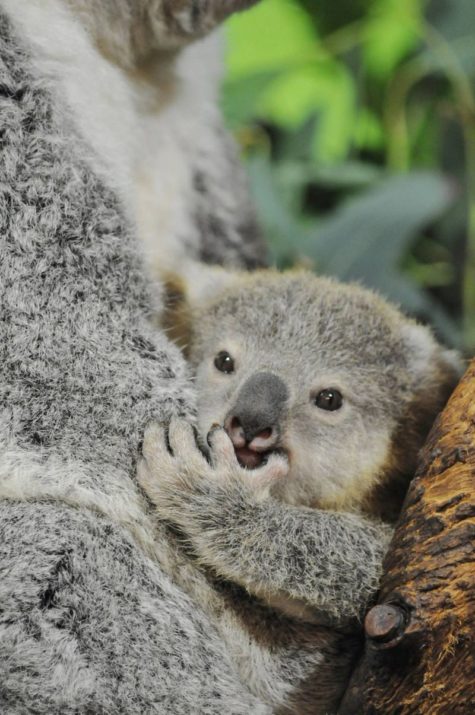 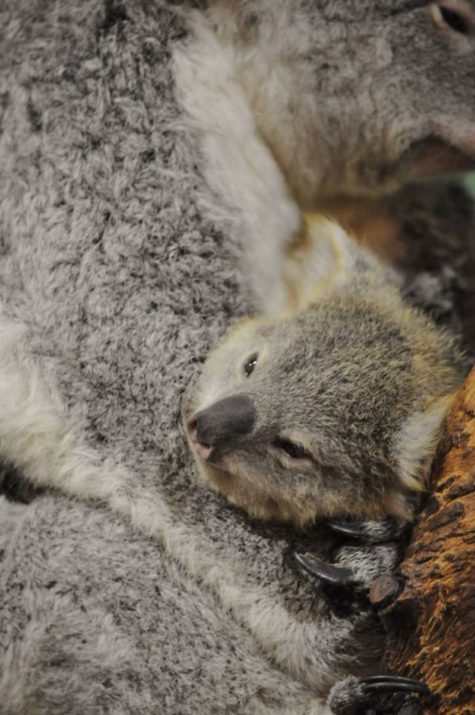 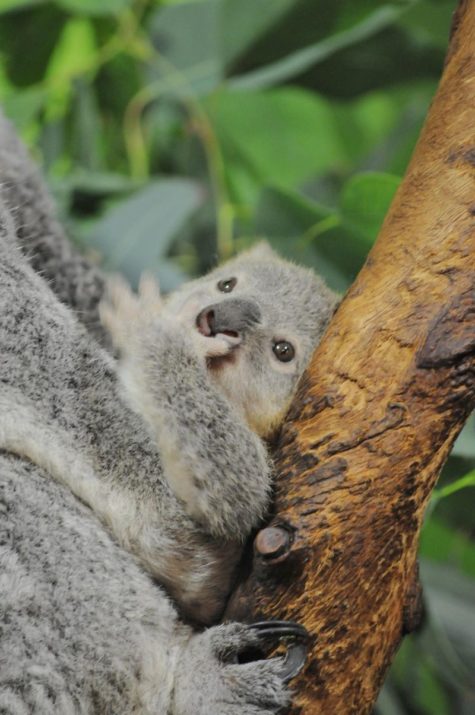 Native to Australia, the Koala’s closest living relative is the wombat. They are mostly nocturnal, marsupials that often sleep 18-20 hours each day.

They prefer to live in the tall eucalypt forests and low eucalypt woodlands of mainland, eastern Australia and on some islands off the southern and eastern coasts. Although, there are well over 600 varieties of eucalypts, Koalas eat only some of these. They are fussy eaters and have strong preferences for different types of gum leaves.

In the wild, young females generally give birth to one young per year, and older females will generally reproduce every 2-3 years.

After a gestation period of about 30-35 days, the 2cm long blind and furless joey makes his journey to the mother’s pouch. It relies on its well-developed senses of smell and touch and an inborn sense of direction. Once in the pouch, it attaches itself to one of the two teats. The joey stays in its mother’s pouch for about 6 to 7 months, drinking only milk.

Before it can tolerate gum leaves, which are toxic for most mammals, the joey must feed on a substance called ‘pap’ which is a specialized form of the mother’s droppings that is soft and runny. This allows the mother to pass on to the joey special micro-organisms from her intestine which are necessary for it to be able to digest the gum leaves. It feeds on this for a period of up to a few weeks, just prior to it coming out of the pouch.

After emerging from the pouch, the joey will ride on its mother’s abdomen or back, and it will return to the pouch for milk until too big to fit inside. The joey leaves its mother’s home range between 1 and 3 years old, depending on when the mother has her next joey.

Related Posts
A Cutie In The Tulips
What A Cutie!
Giraffe Manor
A Polar Bear In The Flowers
Kids And Their Critters
Browse Way Cool Pictures
Search the Pictures
Browse the Pictures
Recent Posts
Subscribe