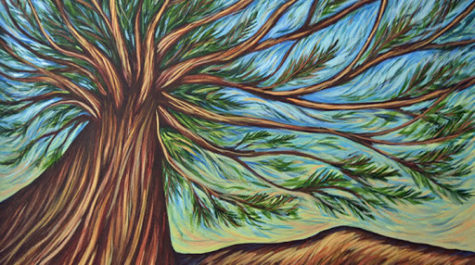 Cedar is part of the English common name of many trees and other plants, particularly those of the genus Cedrus. Some botanical authorities consider Cedrus the only “true cedars”. Several species of genera Calocedrus, Thuja, and Chamaecyparis in the Pacific Northwest with similarly aromatic wood are referred to as “false cedars”.

Most often, when books on herbs talk about Cedar, they are referring to White Cedar which is also known as Arborvitae (Thuja occidentalis). But sometimes, they are referring to Eastern Red Cedar (Juniperus virginiana), and also Junipers in general. The information on Cedars in general tends to be confusing, at least to me, because the names overlap.

With this post, I hope to clear up a little bit of that confusion. You will not find a lot of medicinal information listed here, my goal was to simply to provide a small amount of clarity when it comes to references to “Cedar.” 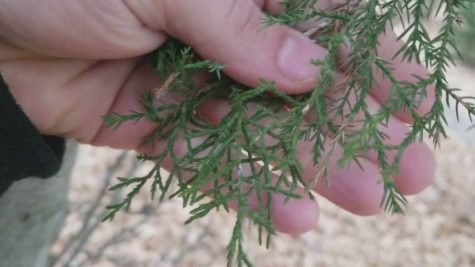 Here is a quick list of trees and shrubs that are often referred to as Cedars:

Family Cupressaceae  – The family is notable for including the largest, tallest, and stoutest individual trees in the world, and also the second longest lived species in the world:

Family Meliaceae – the mahogany family, is a flowering plant family of mostly trees and shrubs (and a few herbaceous plants, mangroves) in the order Sapindales.

From M. Grieve’s Modern Herbal we have these short and somewhat unsatisfactory descriptions of some of the other cedars, including a few of those listed above. I have also included information found on Wikipedia and elsewhere. 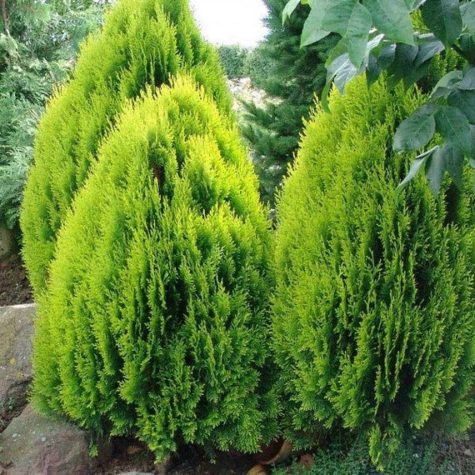 Natives of China and Japan both have the same properties. The young branches yield a yellow dye and the wood withstands conditions of humidity well.

Resistant to drought, it is very often used as an ornamental tree, both in its homeland, where it is associated with long life and vitality, and very widely elsewhere in temperate climates. It is suitable for form cuts and year-round opaque hedges, but also forms impressive slender solitary trees.

The wood is used in Buddhist temples both for (lavairos) construction work, and chipped, for incense burning. Its twigs and leaves contain 0.12% essential oil containing pinene and probably caryophyllene. The roots contain up to 2.75% of gasoline. 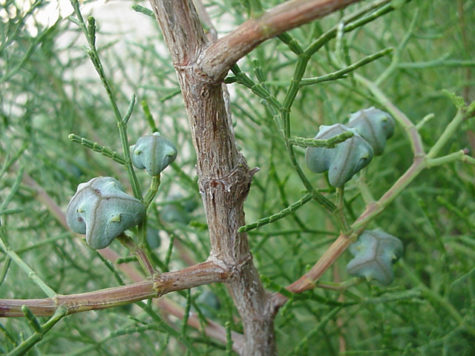 The resin, known as sandarac, is used to make varnish and lacquer; it is particularly valued for preserving paintings. Sandarac, formerly used as a drug, and for ointments and plasters, is at present (early 1900) used as varnish and incense, and the powder, or Pounce, is used to prevent ink spreading on paper after letters have been scratched out. It is occasionally adulterated with mastic, resin, etc. A false sandarac consists largely of colophony.

Sandarac is said to be used in India for haemorrhoids and diarrhoea and the tincture for friction in cases of low spirits. The Australian sandarac, from C. robusta, is very similar.

The wood, known as thuya wood, citron wood, and alerce, and historically also known as thyine wood, is used for decorative woodwork, particularly wood from burls at the base of the trunk. The market in Morocco is unsustainable, focusing as it does on the burl, and has resulted in mass deforestation of the species. The species is also threatened by overgrazing, which can kill the coppice regrowth before it gets tall enough to be out of the reach of livestock.

It is the national tree of Malta, where it is known as għargħar. It is now being used locally in afforestation projects. 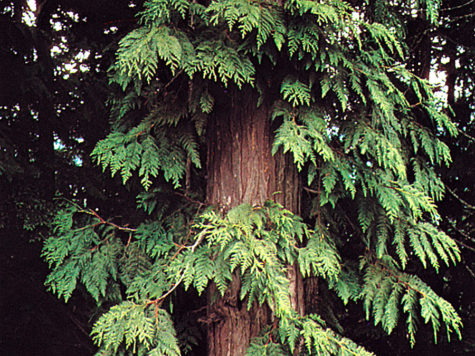 Thuja plicata, commonly called western red cedar or Pacific red cedar, giant arborvitae or western arborvitae, giant cedar, or shinglewood, is a species of Thuja, an evergreen coniferous tree in the cypress family Cupressaceae native to western North America. It is not a true cedar of the genus Cedrus.

The wood typically used as an insect-repelling closet lining and to make cedar chests is a different species, Juniperus virginiana (also known as red cedar).

Native to the Caribbean islands of South America and to the Swan Islands of Hondura, it is a  – 15-30 feet tall evergreen tree (some leaves may drop in winter); pale pink flowers; many seedling volunteers. Haitian Cedar yields an oil resembling that of J. virginiana, but having a higher specific gravity. 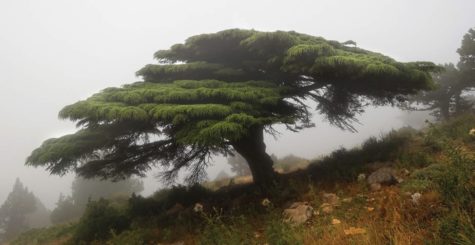 Cedar of Lebanon is a large evergreen conifer that has great religious and historical significance in the cultures of the Middle East, and is referenced many times in the literature of ancient civilizations. It is the national emblem of Lebanon and is widely used as an ornamental tree in parks and gardens.

Indian Cedar or Deodar (C. deodara) and African Cedar (C. Atlantica), or satinwood, yield an oil which, when distilled, is called Libanol. The oil of the last resembles oil of santal, and is good for phthisis, bronchitis, blennorrhagia, and also for eruptions on the skin, in the form of 25 per cent ointment with vaseline. Dosage: capsules up to 45 grains per day.

The Lebanon cedar is mentioned several times in the Hebrew bible. Hebrew priests were ordered by Moses to use the bark of the Lebanon cedar in the treatment of leprosy. Solomon also procured cedar timber to build the Temple in Jerusalem. The Hebrew prophet Isaiah used the Lebanon cedar as a metaphor for the pride of the world, with the tree explicitly mentioned in Psalm 92:12 as a symbol of the righteous.

Cedar wood is very prized for its fine grain, attractive yellow color, and fragrance. It is exceptionally durable and immune to insect ravages. Wood from C. libani has a density of 560 kg/m³; it is used for furniture, construction, and handicrafts.

In Turkey, shelterwood cutting and clearcutting techniques are used to harvest timber and promote uniform forest regeneration. Cedar resin (cedria) and cedar essential oil (cedrum) are prized extracts from the timber and cones of the cedar tree. 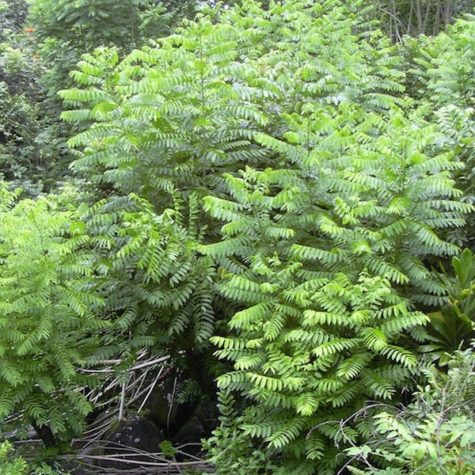 Cedrela odorata is a commercially important species of tree in the chinaberry family, Meliaceae, commonly known as Spanish cedar or Cuban cedar or cedro in Spanish

Cedrela odorata of the West Indies yields a volatile oil that is said to be a powerful insecticide. The wood is used for making cigar boxes. Another cedar of the same family of Cedrelaceae or Meliaceae is Australian Red Cedar (C. tooma) or Red Cedar of Queensland, yielding Cedar Gum, containing 68 per cent arabin, and 6 per cent metarabin, but no resin.

Spanish Cedar is the most commercially important and widely distributed species in the genus Cedrela. The aromatic wood is in high demand in the American tropics because it is naturally termite- and rot-resistant. An attractive, moderately lightweight wood (specific gravity 0.4), its primary use is in household articles used to store clothing.

Cedro heartwood contains an aromatic and insect-repelling resin that is the source of its popular name, Spanish-cedar (it resembles the aroma of the unrelated true cedars (Cedrus spp.) Cedro works easily and makes excellent plywood and veneer and would be more widely used if it could be successfully plantation grown.

This plant is often used for honey production (beekeeping) and humidor construction. It is occasionally used for tops or veneers on some kinds of electric guitars. The wood is the traditional choice for making the neck of flamenco and classical guitars. 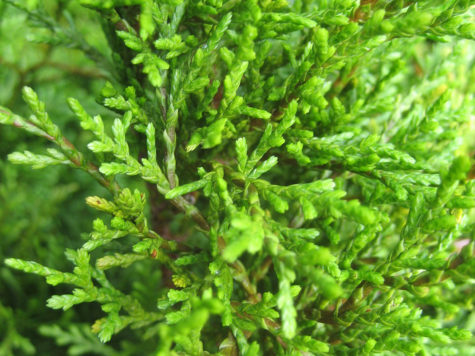 These two Cedars possess some of the same properties, but M. Grieve does not specify what those properties are.

The timber of the New Zealand Cedar seldom becomes commercially available. It is very light in weight and a distinct light purple when cut. The timber in small dimension sizes is prone to spiral and twist when cut. It is sometimes used for lightweight sailing boat construction. It glues and holds ring nails well. 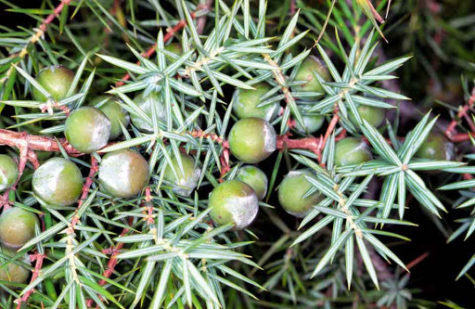 Also known as the Large, Brown-fruited Juniper, of the Mediterranean coasts, yields Oil of Cade by destructive distillation of the wood. It has been used from remote ages for the skin diseases of animals, and more recently in medicine for psoriasis and chronic eczema. It is a good parasiticide in psora and favus.

It is also made into ointments and soaps, and a glycerite is prepared. On the very rare occasions of its internal use, its action resembles oil of tar. Dosage: 1 to 3 minims. 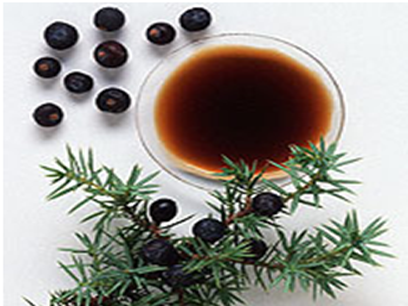 From dry distillation of the branches and heartwood of Juniperus oxycedrus, the Prickly Cedar or Medlar Tree, a large shrub, 10 to 12 feet high, with brownish-black berries the size of a hazel nut, native of the south of France, and occasionally from that of J. communis, is obtained the tarry, empyreumatic oil known as Cade Oil, or Juniper Tar Oil, used in the treatment of the cutaneous diseases of animals in France and other Continental countries, and for most of the purposes of Oil of Turpentine. It is a ready solvent for chemical drugs and is used externally for chronic eczema as oil, ointment, and soap.