Published May 5, 2020 | By shirleytwofeathers

The Egyptians knew about horseradish as far back as 1500 B.C. Early Greeks used it as a rub for lower back pain and an aphrodisiac. Jews still use it during Passover seders as one of the bitter herbs. Some used horseradish syrup as an expectorant cough medicine; others were convinced it cured everything from rheumatism to tuberculosis. Legend has it the Delphic oracle told Apollo, “The radish is worth its weight in lead, the beet its weight in silver, the horseradish its weight in gold.”

Horseradish is an old household remedy useful wherever a stimulating herb is called for. It can be used in influenza and fevers as a rough equivalent to Cayenne Pepper. It stimulates the digestive process whilst easing wind and griping pains. It has been used in cases of urinary infection. Externally it has a stimulating action similar to Mustard Seed. It can be used for rheumatism and as a poultice in bronchitis.

A tea or decoction of horseradish is antiseptic, stimulant, laxative and strongly diuretic, but as it becomes a purgative when taken in large doses it is best to be cautious. It is often best used when applied externally. Apply grated fresh root to aching joints and chilblains, or infuse it in milk as a skin tonic. Traditionally taken to expel worms, horseradish has only been used as a food during the last two or three hundred years.

This plant has been in cultivation from the earliest times, but its exact place of origin seems to be obscure. It is probably the plant mentioned by Pliny under the name of Amoracia, and recommended by him for its medicinal qualities, being then apparently employed exclusively in physic, not as food or condiment. Both the root and the leaves of Horseradish were universally used as a medicine during the middle ages. 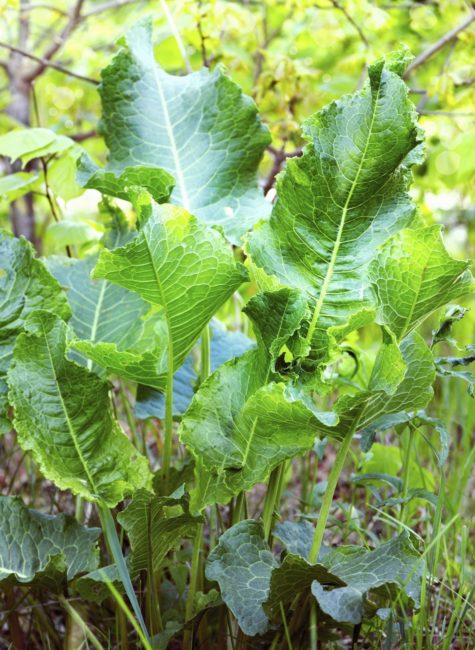