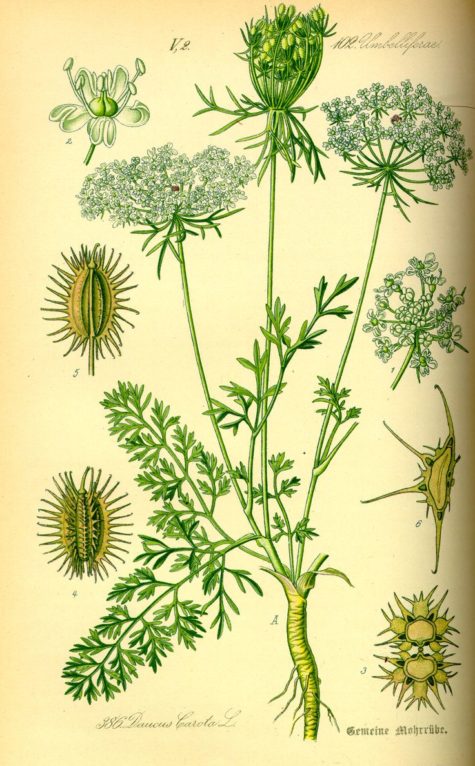 Wild Carrot, or Queen Anne’s Lace is the wild progenitor of our cultivated carrot. It still has many of the properties lost in cultivation. If an apple a day will keep the Doctor away, legend has it that a Wild Carrot a day might keep death itself away!

The parts that grow above the ground and an oil made from the seeds are used to make medicine. Be careful not to confuse Wild Carrot with the common carrot (which has the familiar orange tap root we eat). 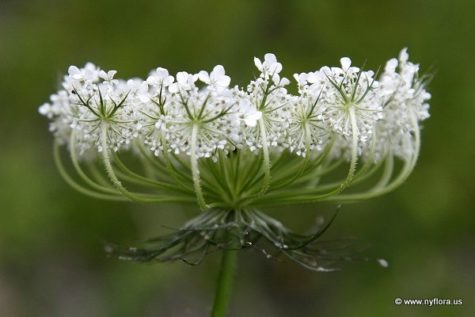 Wild Carrot has been used for centuries as an alternative medicine. It is used for urinary tract problems including kidney stones, bladder problems, water retention, and excess uric acid in the urine; and also for gout, a painful joint problem caused by too much uric acid.

The seed oil is used for severe diarrhea (dysentery), indigestion, and intestinal gas. Women use it relieve pain in the uterus and to start their menstrual periods.

Other uses include treatment of heart disease, cancer, kidney problems, and worm infestations. It is also used as a “nerve tonic” and to increase sexual arousal (as an aphrodisiac).

The medicinal properties of the seeds are owing to a volatile oil which is colorless or slightly tinged with yellow; this is procured by distilling with water. They also yield their virtues by infusion to water at 212° F; boiling dissipates them. No thorough analysis has been made.

A pest to farmers, a joy to the flower-lover, and a welcome signal for refreshment to hosts of flies, beetles, bees, and wasps, especially to the paper-nest builders, the sprangly wild carrot lifts its fringy foliage and exquisite lacy blossoms above the dry soil of three continents. From Europe it has come to spread its delicate wheels over our summer landscape, until whole fields are whitened by them east of the Mississippi. 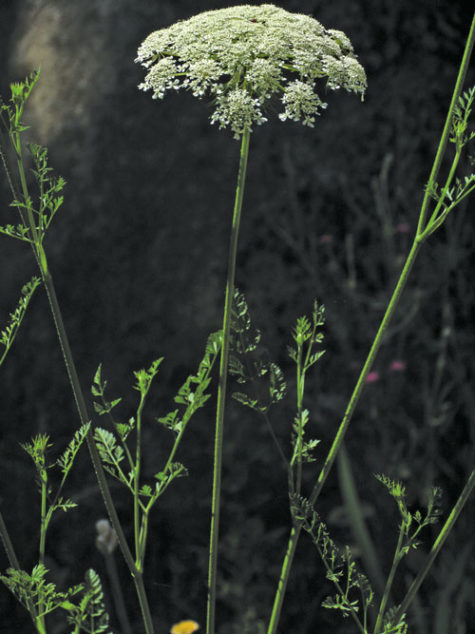 Wild carrot is a biennial plant, and in its second year, from a taproot, the stems grow to a height of two to four feet or more. The stems are erect and branched, generally about 2 feet high, tough and furrowed. Both stems and leaves are more or less clothed with stout coarse hairs. The leaves are very finely divided, the lowest leaves considerably larger than the upper; their arrangement on the stem is alternate, and all the leaves embrace the stem with the sheathing base, which is so characteristic of this group of plants, the Umbelliferae, to which the Carrot belongs.

The two to four inch “flower” is actually a compound of terminal umbels, made up of many small white flowers. The central flower of the Umbelliferae is often purple. A ring of finely-divided and leaf-like bracts grows at the point where the umbel meets the stem. The blossoms are densely clustered together in terminal umbels, or flattened heads, in which the flower-bearing stalks of the head all arise from one point in rays, like the ribs of an umbrella, each ray again dividing in the case of the Carrot, in like manner to form a secondary umbel, or umbellule of white flowers, the outer ones of which are irregular and larger than the others.

The Wild Carrot is in bloom from June to August, but often continues flowering much longer. The flowers themselves are very small, but from their whiteness and number, they form a conspicuous head nearly flat while in bloom, or slightly convex, but as the seeds ripen, the umbels contract, the outer rays, which are to begin with 1 to 2 inches long, lengthening and curving inwards, so that the head forms a hollow cup hence one of the old popular names for the plant – Birds’ Nest. 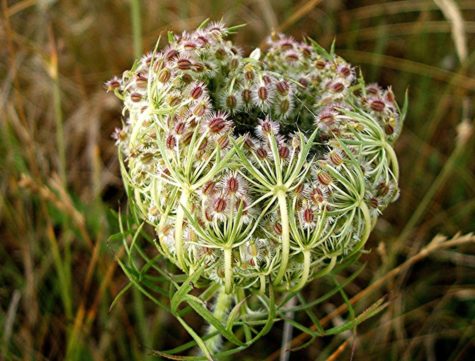 The fruit is slightly flattened, with numerous bristles arranged in five rows. The ring of finely-divided and leaf-like bracts at the point where the umbel springs is a noticeable feature.

Its root is small and spindle shaped, whitish, slender and hard, with a strong aromatic smell and an acrid, disagreeable taste, very different to the reddish, thick, fleshy, cultivated form, with its pleasant odor and peculiar, sweet, mucilaginous flavor. It penetrates some distance into the ground, having only a few lateral rootlets.

The Carrot is well distinguished from other plants of the same order by having the central flower of the umbel, or sometimes a tiny umbellule, of a bright red or deep purple color, though there is a variety, Daucus maritimus, frequent in many parts of the seacoast in the south of England, which differs in having somewhat fleshy leaves and no central purple flower. In this case, all the flowers of the head have usually a somewhat pinkish tinge. There was a curious superstition that this small purple flower of the Carrot was of benefit for mitigating epilepsy.

The Carrot was in ancient times much valued for its medicinal properties; the Wild Carrot, which is found so plentifully in Britain, both in cultivated lands and by waysides, thriving more especially by the sea, is superior, medicinally, to the cultivated kind.

Probably originally a native of the sea-coasts of Southern Europe degenerated into its present wild state, but of very ancient cultivation. The name ‘Carrot’ is Celtic, and means ‘red of colour,’ and Daucus from the Greek dais to burn, signifying its pungent and stimulating qualities. 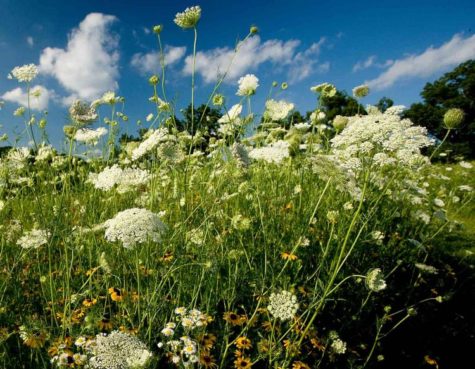 This biennial herb has become naturalized throughout the United States and Canada. Wild Carrot blooms in summer and fall. It thrives best in sun to partial shade. Daucus carota is commonly found along roadsides and in unused fields.

Extra caution should be used when collecting Wild Carrot because it bears a close resemblance to poison hemlock. In addition, the leaves of the Wild Carrot may cause phytophotodermatitis, so caution should also be used when handling the plant. It has been used as a method of contraception and an abortifacient for centuries. END_OF_DOCUMENT_TOKEN_TO_BE_REPLACED