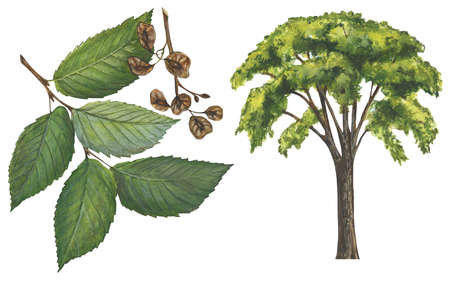 The pale, aromatic inner bark of the Slippery Elm tree  is considered one of the most valuable remedies in herbal practice, the abundant mucilage it contains having wonderfully strengthening and healing qualities. It can be used to make a soothing, healing medicine for sore throats, coughs, bronchitis, catarrh and stomach and bowel troubles. It also acts as a treatment for cystitis and urinary complaints.

People take slippery elm for coughs, sore throat, colic, diarrhea, constipation, hemorrhoids, irritable bowel syndrome (IBS), bladder and urinary tract infections, syphilis, herpes, and for expelling tapeworms. Because Slippery Elm bark is a soothing nutritive demulcent, it is perfectly suited for sensitive or inflamed mucous membrane linings in the digestive system. It is used for protecting against stomach and duodenal ulcers, for colitis, diverticulitis, GI inflammation, and too much stomach acid.

Slippery elm is also taken by mouth to cause an abortion.

It is often used as a food during convalescence as it is gentle and easily assimilated. In diarrhea it will soothe and astringent at the same time. Externally it makes an excellent poultice for use in cases of boils, abscesses or ulcers. Slippery elm is applied to the skin for wounds, burns, gout, rheumatism, cold sores, toothaches, sore throat, and as a lubricant to ease labor.

In manufacturing, slippery elm is used in some baby foods and adult nutritionals, and in some oral lozenges used for soothing throat pain. 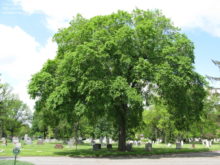 The Slippery Elm is a small tree abundant in various parts of North America. It grows naturally in the North American woods from southeast North Dakota, east to southern Quebec, south to northernmost Florida, and west to eastern Texas. It is also widely cultivated.

The bark, which is the only part used, is collected in spring from the bole and larger branches and dried. In commercial use this usually leads to the tree dying, as a large part of the bark is stripped. Because stripping the bark will kill the tree, it must not be done unless a plantation has been cultivated for this purpose. It is recommended that ten-year-old bark should be used.

The powdered bark is sold in two forms: a coarse powder for use as poultices and a fine powder for making a mucilaginous drink. The disintegrated bark forms, when moistened, a flexible and spongy tissue, which is easily molded into pessaries, teats, and suppositories.

The powder should be grayish or fawn colored. If dark or reddish, good results will not be obtained. Be sure to purchase it from reputable sources, because the powdered bark is said to be often adulterated with damaged flour and other starchy substances.

Decoction: Use 1 part of the powdered bark to 8 parts of water. Mix the powder in a little water initially to ensure it will mix. Bring to a boil and simmer gently for 10 to 15 minutes. Drink half a cup three times a day.

Supplement: Slippery Elm Food is generally made by mixing a teaspoonful of the powder into a thin and perfectly smooth paste with cold water and then pouring on a pint of boiling water, steadily stirring meanwhile. It can, if desired, be flavored with cinnamon, nutmeg or lemon rind. This makes an excellent drink in cases of irritation of the mucous membrane of the stomach and intestines, and taken at night will induce sleep.

For digestive problems– it may be used with Marsh Mallow 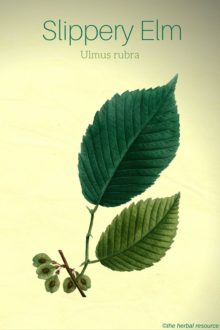 Considering how widespread the elm tree was in Britain, the number of ways in which it has been used in folk medicine is relatively small. There is a record of one particular tree in Bedfordshire that grew at the spot where a murderer had been executed being used to cure ague (fever). The patient would nail some of his hair or nail clippings to the tree, and the fever was transferred to the tree.

In Ireland, the liquid obtained from boiling the bark has been used since the 18th century for treating burns. It has also been used in Ireland for treating sprains, swellings, and jaundice as well as for staunching bleeding.

Slippery Elm Bark is used in herbal medicine as a soothing demulcent; its reputation in Conjure work and Hoodoo is similar: it is said to make the bearer impervious to the slander, libel, malicious gossip, and lies spread by back-biting family members, jealous co-workers, and false friends who are trying to trouble your marriage or love-life.

Some folks place a small pinch of Slippery Elm in the corners of their rooms; they claim that this protects the home and rids the premises of evil. Others carry Slippery Elm in a pocket or conjure bag for immunity from the harmful tales told on them by covetous neighbors, back-biters, and hidden enemies posing as friends.

The tree had many traditional uses by Native Americans including using the inner bark fiber for thread, bow strings, ropes, clothing and more; the wood was used for numerous purposes, and the bark and leaves in washes and teas for medical purposes. Whole bark was also used as an abortifacient, but, sometimes had serious consequences, including the death of the mother. Washes were used to treat skin conditions, vaginitis, hemorrhoids, toothaches, and spider bites.

The bark of Slippery Elm is stated to preserve fatty substances from becoming rancid.

Related Posts
Yarrow
Lilac
Ground Ivy
Fenugreek
Bilberry
Explore The Content
Search
Browse The Herbs
Recent Posts
Subscribe
If you'd like to be informed whenever anything new is posted, you can subscribe via email:
Pages Of Interest
Theraputic Qualities
Bread Crumbs
A trail of bread crumbs in case you lose your way exploring the encyclopedia... Encyclopedia Of Herbology > Medicinal Trees > Slippery Elm
Archives
Browse The Website
Find Us On Facebook
Related Content