The Story Of The Sweet Kheer 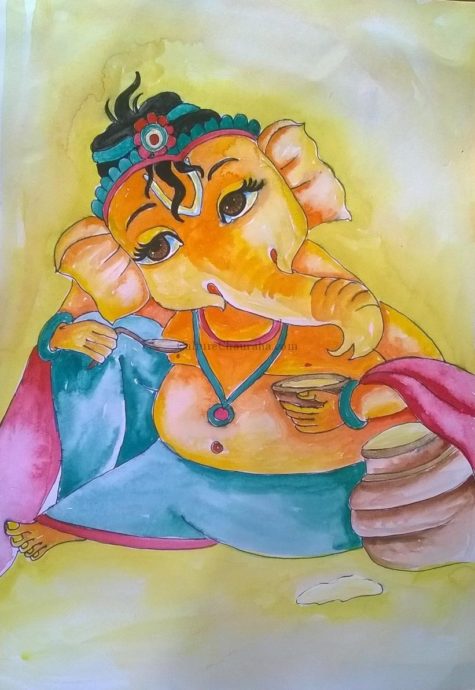 Ganesha once entered a village in the form of a boy, holding rice in one hand and milk in the other. He began asking for help to make some kheer but everybody was busy.

He reached a poor woman’s hut who agreed to make the kheer for him. As she mixed it together and set the pot to cook, she fell asleep and the boy went out to play. On waking up, she realized the kheer had cooked and was extremely delicious.

She was too hungry and couldn’t resist it. But before eating the kheer, she took out some of it in a bowl and offered it to the Ganesha idol and then began eating the kheer. No matter how much she ate, the pot never emptied. When the boy returned, the woman gave him the entire pot and confessed that she ate before him because she was hungry. The boy replied saying he ate it too when she offered the bowl to the Ganesha idol. The woman began crying at his feet and Ganesha blessed her with wealth and health.

Before taking care of your own needs, make sure to worship God and keep something aside for others as well.