How Ganesha Became Known As God of Beginnings 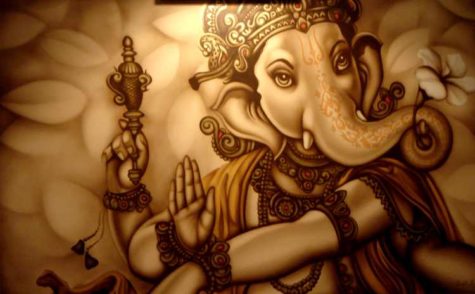 Once, Ganesha was guarding the swargalok while everyone had left to attend Lord Vishnu’s wedding. When Narad Muni saw Ganesha alone, he told him that he was not invited because he was fat and ate too much. This made Ganesha angry, who sent his mouse and asked them to dig the soil from inside and make it hollow on the way from where the marriage procession was going to pass. The army of mice dug the soil and the wheels of the chariots got stuck.

None of the gods were able to pull out the wheel so they asked for help from a man passing by. He came and took Lord Ganesha’s name and there came the wheels out! When the gods asked why he prayed to Lord Ganesha, the farmer told them that he’s the god of beginnings who removes all the hurdles. On hearing this, the gods went back to Lord Ganesha and apologized for their behavior.