The Story of Shiva’s Failed Battle 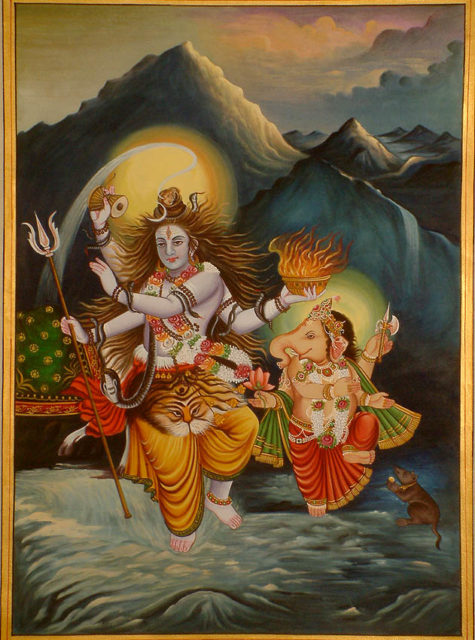 Lord Shiva and Lord Ganesha have many stories together. However, this story goes beyond the relationship between father and son and teaches a very important lesson.

When the elephant head was procured and Ganesha was brought back to life, Shiva heeded Parvati’s wishes and made it a rule that before beginning with any new endeavor, it was necessary to worship Lord Ganesha and get his blessings. However, Shiva forgot that the rule applied to him as well.

On one such occasion, Shiva was heading out to war with the demons and proceeded to take his entire army along with him for it. But in the rush of leaving for the battle, he forgot to worship Ganesha first. This led to them facing many problems even before reaching the battlefield. On the way to the location of the battle, the war-carriage wheel was damaged and the progress came to a halt. This seemed like divine intervention to Shiva and he suddenly remembered that he had totally forgotten to worship Ganesha before heading for battle.

Stopping all his troops, Shiva proceeded to set up the puja then and there and completed the rituals worshiping Ganesha. With Ganesha’s blessings, Shiva proceeded ahead and he and his army were successful in defeating the demons completely.

This just goes to show that no matter who you are, once you have created a rule, it applies to everyone equally.