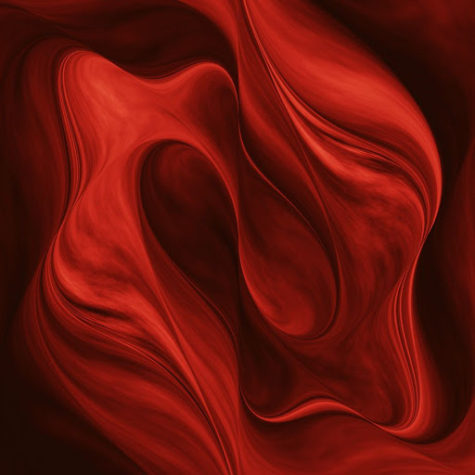 Red is any of a number of similar colors evoked by light consisting predominantly of the longest wavelengths of light discernible by the human eye, in the wavelength range of roughly 625-740 nm. Longer wavelengths than this are called infrared, or below red and cannot be seen by the naked human eye. Red is used as one of the additive primary colors of light, complementary to cyan, in RGB color systems. Red is also one of the subtractive primary colors of RYB color space but not CMYK color space.

Red’s wavelength has been an important factor in laser technologies as red lasers, used in early compact disc technologies, are being replaced by blue lasers, as red’s longer wavelength causes the laser’s recordings to take up more space on the disc than blue lasers.[10] Red light is also used to preserve night vision in low-light or night-time situations, as the rod cells in the human eye aren’t sensitive to red. Red is used as one of the additive primary colors of light, complementary to cyan, in RGB color systems. Red is also one of the subtractive primary colors of RYB color space but not CMYK color space.

One common use of red as an additive primary color is in the RGB color model. Because “red” is not by itself standardized, color mixtures based on red are not exact specifications of color either. In order to produce exact colors the color red needs to be defined in terms of an absolute color space such as sRGB. As used in computer monitors and television screens, red is very variable, but some systems may apply color correction (so that a standardized “red” is produced that is not in fact full intensity of only the red colorant).

A red filter used in black and white photography increases contrast in most scenes. For example, combined with a polarizer, it can turn the sky black. Films simulating the effects of infrared film (such as Ilford’s SFX 200) do so by being much more sensitive to red than to other colors. Red illumination was (and sometimes still is) used as a “safelight” while working in a darkroom, as it does not expose most photographic paper and some films. Though many more modern darkrooms use an amber safelight, red illumination is closely associated with the darkroom in the public mind.

Source” I’m not sure where I found this information.

My Online Shops
Bread Crumbs
A trail of bread crumbs just in case you lose your way browsing the Colors ... Color Therapy > New > Individual Colors > Red > Red – What is it?
Stats