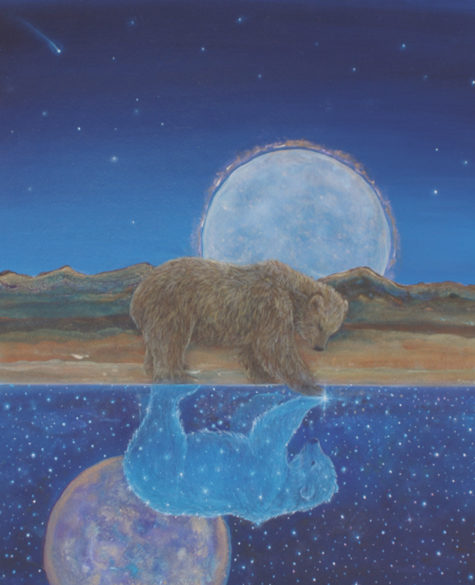 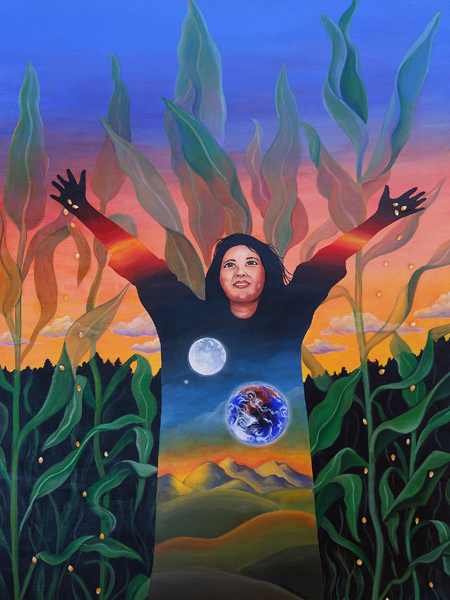 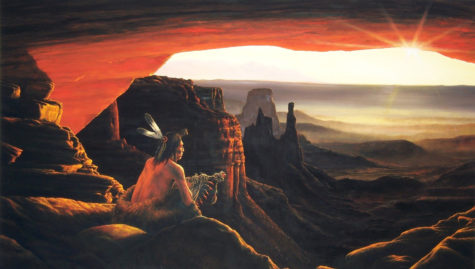 Great Spirit…all over the earth the faces of living things are all alike. With tenderness have these come up out of the ground. Look upon these faces of children without number and with children in their arms, that they may face the winds and walk the good road to the day of quiet.

This is my prayer ~ hear me! 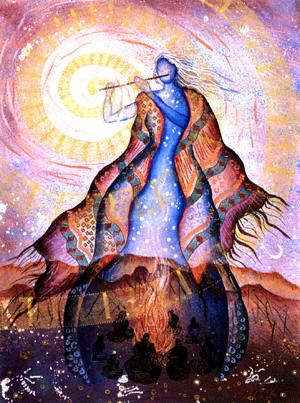 Message of Purification from the Yukon Territory January 23, 2007 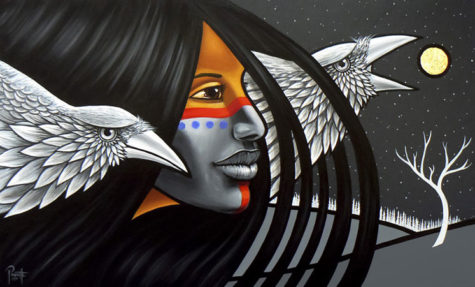 Saugh-he, a sign of purification has been sent to the people, that
The Morning Star will start to be seen right before the night and
Light dances together. This is clear to the people of understanding
And balance. This message of purification from Creator is speaking
That end times are near, as people know it.

In the days that follow, people will look at the sky nation and
Witness and feel the return of two brothers that helped create Earth
Mother in the birthing time.

This has been shown for ages in many Petroglyphs within the Mayan and
Egyptian pyramids and the carving and inscription on many rocks and Bones.

Earth Mother has been manipulated and characterized throughout the
Ages by people that are not so suggestive of doing good for Earth
Mother and Creators creations.

The two brothers will work and walk with the Hothooka. The Hothooka
Caunotka as my ancestors spoke of them, will dance with the wind and
Find the ones that remember the original teachings of the old ways.
The Hothooka Caunotka walks strong with Earth Mother’s purification Dance.

The return of the Morning Star and Hothooka Caunotka, is a message to
All that a new day and new way of life on Earth Mother is here and
The purification has started.

Some changes will begin when the feeling of fire burn within the
People. Their fires will burn with desires and conflicts if they
Don’t remember the original old ways of teachings.

With this time of purification on Earth Mother, all life as humans
Have known will be changed. There will be messages and messengers
That will precede the Morning Star dance. These feelings and messages
Are for those on Earth Mother who understand the old ways and the
Teachings of Creator and Earth Mother.

The feelings and messages will be found in the rocks within their
Sacred grains and the waters. Creator will issue a great light with
The Hothooka Caunotka dance. Things will change in their manner of
Being. Every living thing will be offered the opportunity to change
From the largest to the smallest of creation.

Those that have returned to the old ways that understand the original
Teachings, they live and walk in a natural way; will not be harmed by
The coming of the Morning Star and Hothooka Caunotka dance. They will
Survive and work together to purify and help each other re-build
Earth Mother. In the ancient teachings of the old ways will they have
The ability to understand these messages to be given from Creator and Earth Mother.

All life forms receives these feelings and messages from the Creator
And Hothooka Caunotka; those that walk, fly, swim, crawl or stand.

The appearance of the Hothooka Caunotka will be the opportunity for
All to change their ways; everything that will be experience will be
A matter of their choice.

Many will appear to have lost their souls in these times. So intense
Will the nature of the changes be that those who are weak in
Spiritual understanding will not maintain their balance of thinking,
For their walk was nothing without faith.

People will disappear, for they were only hollow vessels for the
Darkness to use. Things will be so dark and out of balance in the
Cities, that many will choose to leave.

Only those who return to the values of the teachings of the old ways
Will be able to find peace of mind and balance during this Purification.

It will be a hard time for people with children; they will be avoided
Deliberately and in some manner treated with force. Many of the
Children in these times will act and be un-natural. Some will be from
The star nation. Some from past worlds, some will be created by
People, in an un-natural manner and will have no soul.

Many of people in this time will be empty in faith, they will have no
Life force in their eyes or balance or their actions.

As the time gets closer to the purification, there will be those who
Walk as ghosts through the cities and canyons they have constructed
In their self-made mountains.

Those that walk through these places will be very heavy in their
Walk; it will appear almost painful as they take each step. These are
Disconnected souls from their faith, Creator and Earth Mother’s Understanding.

After the arrival of the Hothooka Caunotka, they will begin to vanish
before your eyes like smoke from the coals of a fire. Others will
have great deformities, both in the mind and on their bodies; because
the fake gateways that protected these people will be opened, there
will be much confusion between sexes and children and the adults.

Life will get and be very perverted and there will be little social
order in these times. Many will ask for their misery to end and still
others will appear as if untouched by what is occurring. The ones who
remember the old ways of teachings and reconnected their souls and
faith are those who remember who their mother and father are.

The Hothooka Caunotka will show people many signs in the sky nation.
In this way people will know that Creator is not a dream. Even the
people who do not feel their connection to faith will see the faces
of the Grandfather across the sky nation.

Many things will begin to occur with people that will not make sense,
for reality will be shifting in and out of their dream time. There
will be many paths to the lower world that will open at this time.
Things long forgotten will come back to remind people of the past
creations. All living and forgotten things want to be present for the
great day of purification when the forever cycle of Earth Mother starts.

The People will receive many warnings allowing them to change their
paths from below the Earth Mother as well as above. Then one morning
in a moment, the purification will awaken. Many things will then
begin to happen that people want to be sure of their exact nature;
for much of what reality was, will not be seen in the now, it will be gone.

Nothing living will go untouched. The way through this time can be
found in your heart and reuniting with your soul. Getting simple and
returning to living with and on Earth Mother in harmony with all
creations. Remember, people are the caretakers of Earth Mother and
the fire keepers of our own faith and soul.

Our Ancestors that walk with Hothooka Caunotka are coming home to see
how their Ancestors have fared on their journey, walk with peace.