The Story of True-Hearted Woman 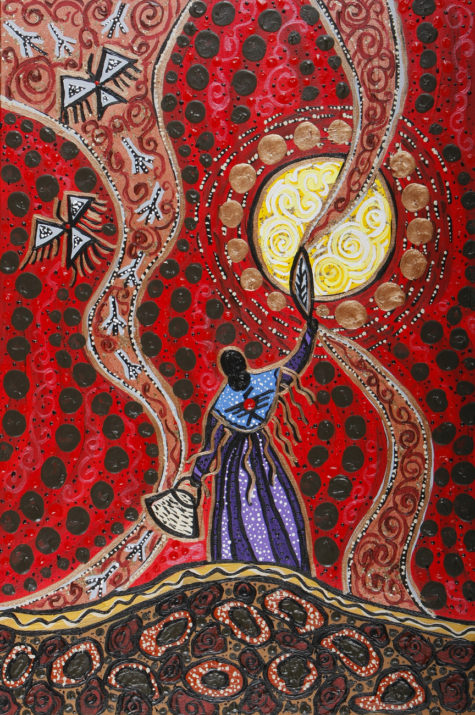 True-Hearted Woman lived with her husband on an island in an archipelago populated by the Ojibwe. She loved her handsome young husband deeply and worked hard to provide for him. She even performed his tasks by night, to cover up his laziness and lack in providing equally well for her.

Now it happened that the husband of True-Hearted Woman fell in love with an Odawa woman he met on a visit to the mainland. His request to the elders of his village to take a second wife was denied, since they knew well enough who was fishing by night. But he did not release his desire.

In those days the women were excused from their daily work in camp and from caring for their children one week out of every month, if they were not with child. Women thus in their ‘moon’ traveled to a special woman’s camp on a nearby island. It happened that one month True-Hearted Woman believed she would be carrying a child. She spoke of it only to the Mashkikikwe, the Medicine Woman, who recommended that she go to Woman’s Island to take a rest from her wearying labors in the camp, until she knew for sure.

When the husband of True-Hearted Woman took her over to the woman’s island in a canoe, he realized that he had found the way to fulfill his hidden desire. After he let True-Hearted Woman go to the camp, he destroyed the small canoe left on the beach for her return at the end of the week, leaving her stranded on Woman’s Island all alone.

He returned to his own camp, tearing his clothes and blacking his eyes and telling a wild tale of evil spirits who had killed his wife. He told the people that he had only narrowly escaped with his own life. They believed the story and from then on they did not travel to Woman’s Island.

Who can know the thoughts of True-Hearted Woman as the weeks went by and she realized how deeply she had been betrayed. She faced a long terrible winter alone upon the island, with only her knowledge of the Midewiwin, the medicine society, her guardian spirits and her own young strength to comfort her and make her brave.

By the following spring, the husband of True-Hearted Woman had brought the Odawa woman that he had so desired back to his own camp to be his wife. But his ways soon belied his handsome face and words and she had no intention of working any harder than custom required. Before too long, she had left him for another man and he bemoaned his ill fortune.

He thought that if he brought an offering to the spirit of True-Hearted Woman, who could wish him no wll for what he had done to her, perhaps she might be appeased and his fortunes would change. So he traveled to the island with fear for the spirit which he now believed inhabited it.

He was shaking as he stepped on to the shore. When he saw a movement in the trees, he quickly let an arrow fly, but as he approached he found only True-Hearted Woman, dying from the arrow he had himself released.

Holding her in his arms as her spirit passed, he was filled for the first time with real remorse. Suddenly he heard the cry of a wounded animal coming out of the woods.

Following the sound he found the small lodge that True-Hearted Woman had built, within which she had survived the cruel winter. Inside the lodge he found an infant wrapped in skins – his son.

When he returned to his own island carrying the tiny boy, he admitted to his people all that he had done. He yielded to their judgment that he might be killed, only pleading with them to raise the child to be as brave as the mother, True-Hearted Woman. He wept real tears for the love of his son. The people felt pity for him and let him live. By all accounts he raised the boy well.

Woman’s Island was renamed True-Hearted Woman’s Island and all who visited there left a white stone upon the beach in honor of her bravery and her love. Even the white settlers who fised in those waters came to do the same and long afterwards the stones were used to build the first light-house for the islands. The name of True-Hearted Woman and the story of her bravery has never been forgotten.

~ A Voice From The Earth 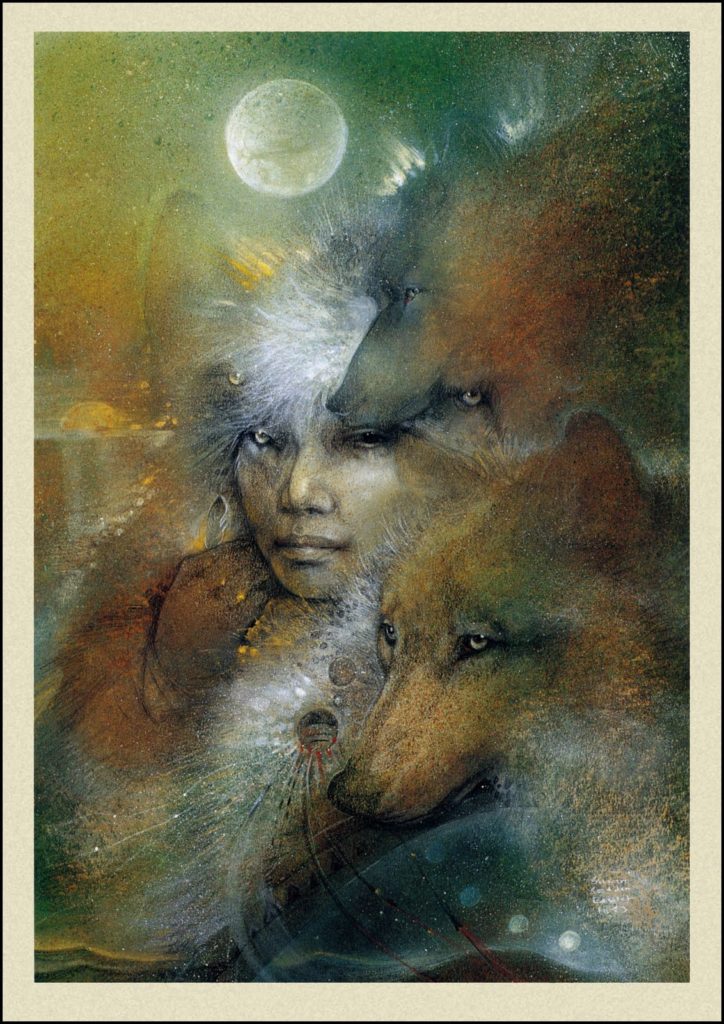