Too many of my fellow Christians… 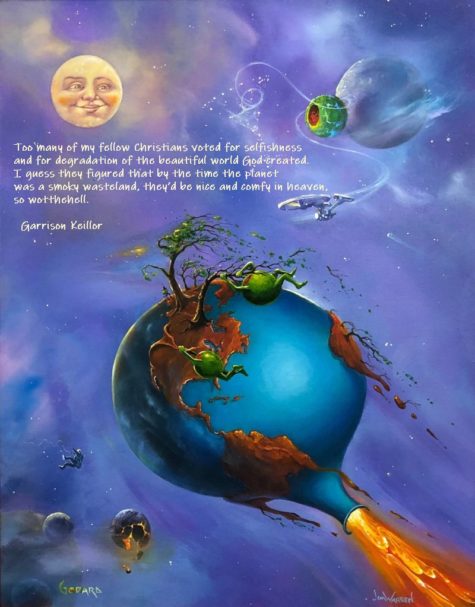 “Too many of my fellow Christians voted for selfishness and for degradation of the beautiful world God created. I guess they figured that by the time the planet was a smoky wasteland, they’d be nice and comfy in heaven, so wotthehell.” 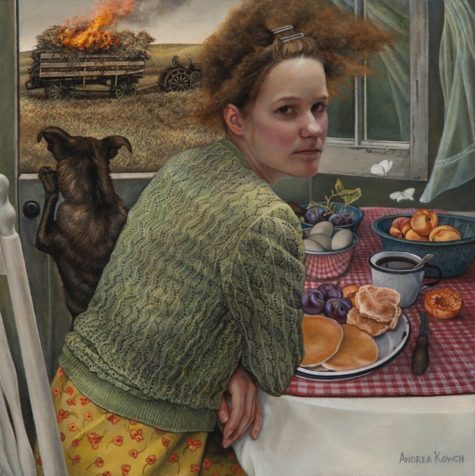 You taught me to be nice, so nice that now I am so full of niceness, I have no sense of right and wrong, no outrage, no passion.

Posted in Be Yourself Quotes | Tagged Garrison Keillor | Leave a comment 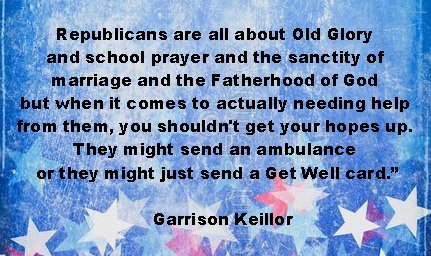 “Republicans are all about Old Glory and school prayer and the sanctity of marriage and the Fatherhood of God but when it comes to actually needing help from them, you shouldn’t get your hopes up. They might send an ambulance or they might just send a Get Well card.” 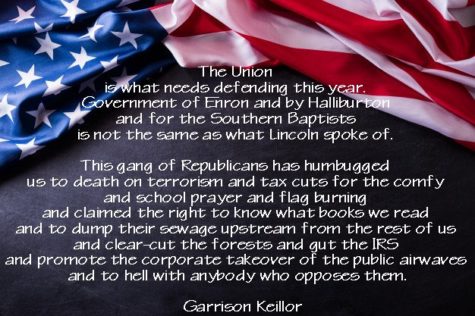 “The Union is what needs defending this year. Government of Enron and by Halliburton and for the Southern Baptists is not the same as what Lincoln spoke of.

This gang of Republicans has humbugged us to death on terrorism and tax cuts for the comfy and school prayer and flag burning and claimed the right to know what books we read and to dump their sewage upstream from the rest of us and clear-cut the forests and gut the IRS and promote the corporate takeover of the public airwaves and to hell with anybody who opposes them.”

Posted in Political Quotes | Tagged Garrison Keillor | Leave a comment
Related Posts
Too many of my fellow Christians…
Republicans
You taught me…
Quotable Quotes
Search The Quotes
Browse The Quotes
Subscribe
Sign up if you would like to be notified whenever new quotes are posted.
Browse By Author
Browse The Website
Related Content
Ask The Wanderer

Enter your question and receive the wisdom of this wise being. You may pose your question in any way that feels appropriate. The answer will come in the form of a small pop up. Try it - your life just might change for the better!

Quotable
I don't want to make money. I just want to be wonderful. ~Marilyn Monroe
Be Merry! 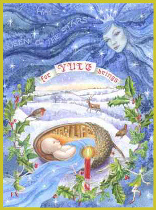