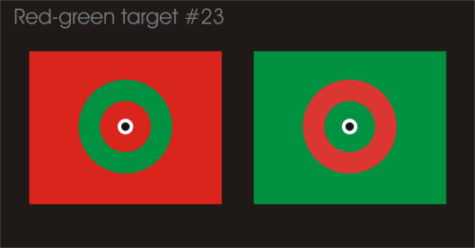 I have had good success  eliminating a migraine prodrome aura. I cured it by using a special eye exercise. The procedure was intended to work the eyes and the visual centers of the brain harder than usual by forcing them to do a cross-eye  fusion procedure. The speculation behind the possible success using this method was based upon a reported brain scan done during migraine attacks which showed an abnormal blood flow to the visual cortex located in the back of the brain. These cross-eye procedures force the brains visual centers to do far more work than is usually required of them and that forces the brain to allocate the blood flow in a different way from what they were doing to create the migraine aura.

This is an experimental procedure which I performed upon myself. I am only reporting what appeared to work for me and I do not necessarily suggesting that you try the experiment so any results you may have, good, bad or inconclusive are strictly upon your own recognizance. However, below are the cross-eye charts which I used successfully to eliminate my visual hallucinations in about three minutes. Usually it takes about 30 to 50 minutes in a dark room with a hot or cold bag on the back of my head to clear up the aura. I have tried both the hot and cold treatments but found that tapping the back of the head worked better. But this cross-eye treatment worked best of all.

What works for me is to look cross-eyed at my finger tip held between the flags about half way to the screen and then to slowly move it towards and away from my face while looking at my finger tip and thinking about the dot. At some point the central dots from the opposite fields fuse into one. When they fuse I slowly lower my finger out of sight while watching the dot. And then in about twenty seconds the light show begins. With Red-green target #36 I like to move my stare between the various smaller dots around the center and to slowly read the numbers and letters. If my eyes uncross I return my finger to the position where fusion took place and can usually get the fusion back in a few seconds. 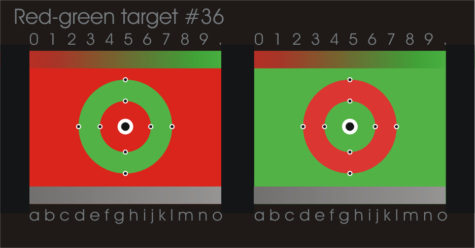 Here is a different graphic to play around with: 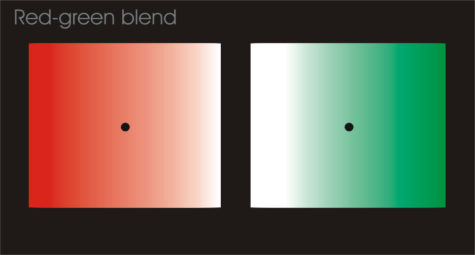 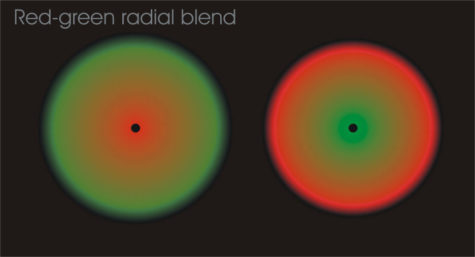 I created these pictures for the cross-eye fusion experiments but I discovered that they confused my visual centers so much that the effort of fusion soon forced my brain to abandon migraine auras and give its attention to the fusion. Even under normal non-aura brain functioning these pictures created highly volatile liable images which will shift quickly through a variety of colors and golden blends.

For more detail on these cross-eye fusion experiments go to the previous mind fuzing experiments. Here is a group of similar eye experiments with more instructions on how to cross your eyes: Eye Experiments.

Please remember these are experiments and you are totally responsible for any strange effects or results. I intended them for learning how your perception works and how it sometimes does very strange and unexpected things.

Posted in Green, Healing With Colors, Red | Tagged Experiments, Migraines, Science, Visual Effects | Leave a comment
Related Posts
Red – In Depth
Why Is The Sky Blue?
You Can Pee a Rainbow
Violet vs Purple
Yellow – In Depth